A Big Week for a Little Man

This has been a eventful week for our little bald friend. It started out on Monday with Win having to go cold turkey no swaddle. We just figured we had to do it at some point, and he had demonstrated the ability on two occasions to roll over onto his stomach while swaddled (not a good thing). So, we yanked it on Monday, and the little chomp had to learn a new skill: sleeping facedown (his choice) without a swaddle. It actually was easier then we expected. Nights were pretty easy from the beginning - with the help of one or two middle of the night rocking sessions, he continued sleeping just fine for 10-11 hours like he had been. Naps were a different story. We endured some moderately lengthy wimpering sessions while he was working it out, but now at the end of the week he's napping great. Below are a couple of shots of him sleeping, and then awake when we came to get him. 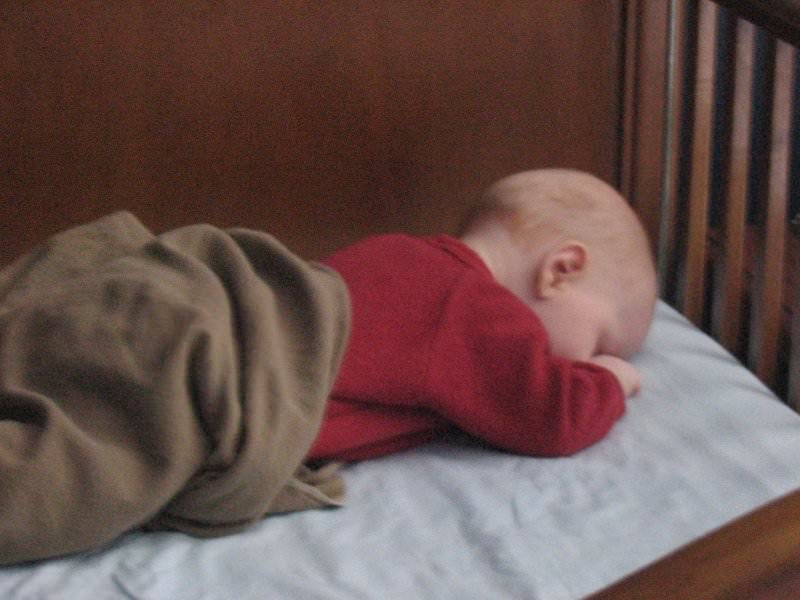 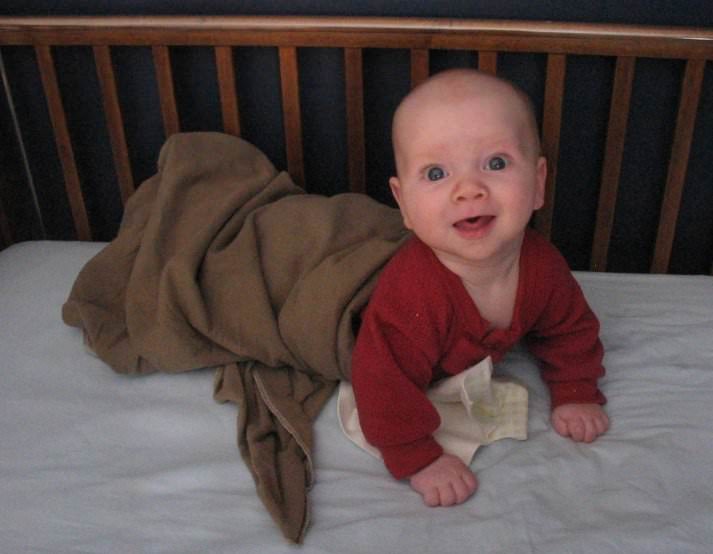 In other big news: today we started Win on some solid food. He had a nice lunch of breastmilk and rice cereal, and really did very well. He didn't hardly spit any out and seemed to really enjoy it. Here's a shot of his first meal. 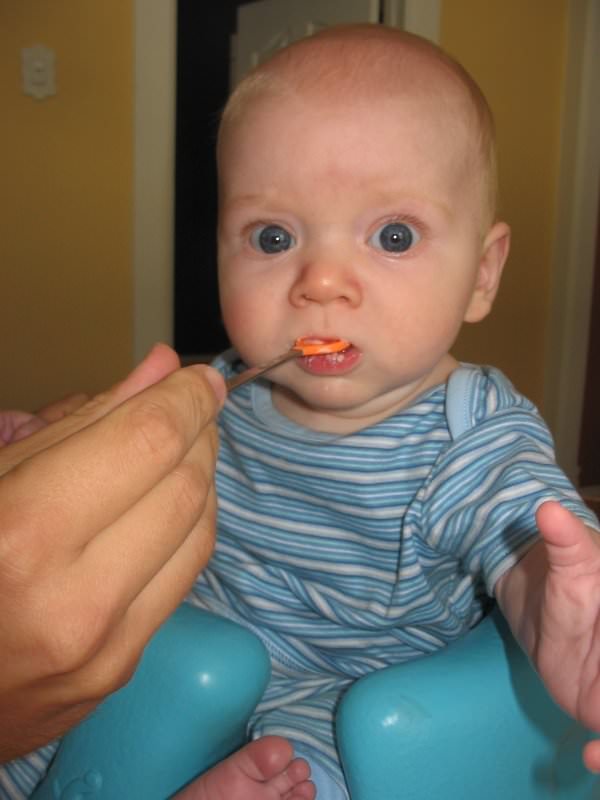