before doing ANYTHING, read the book

I figured out why Win is so obsessed with The Civil War.  Now that the weather is nice he's been outside as much as possible.  he's really enjoying playing outside and I couldn't be happier.  I love it when he comes in dirty and tired.  It's just how I think that little boys and girls should grow up. Last summer the best neighbors in the world moved into the house next door.  They happened to replace the worst neighbors in the world (we had a cop literally tell us the electrify the fence between our houses).  So we are double lucky.  Anyway they have 3 boys and a baby girl.  Their oldest is 7 and is a master weapons maker.  Last summer, at 6-years-old, we saw him build a working bow and arrow out of sticks a shoelace and a pencil sharpener.  He also built a cross-bow, canon, grenade, multiple knives and many others that I can't remember.  I think I saw a recruiter for Lockheed Martin stop by the other day.  He is also the kindest and most well behaved little kid. Anyway, this summer the 2 older neighor boys and Winfield have been chasing each other around with sticks and playing "war."  When Win saw the magazine on the Civil War he thought that is might give him some tips for playing with the neighbors.  I asked him why he likes the magazine he told that he wants to know about war.  And I keep hearing him over at the neighbors shouting, "let's play Civil War guys!"  So I'm pretty sure that my theory is right. Or maybe he just want's to live up to his namesake. Again, he is just like his dad.  When Jared wants to know or do something the first thing that he does is get the 10 best books on the subject and read them.  I've seen him read books on how to drink beer, how to play poker, the evil genius of Bill Belichick, how to frame a house, build a business, invest, and the list continues. 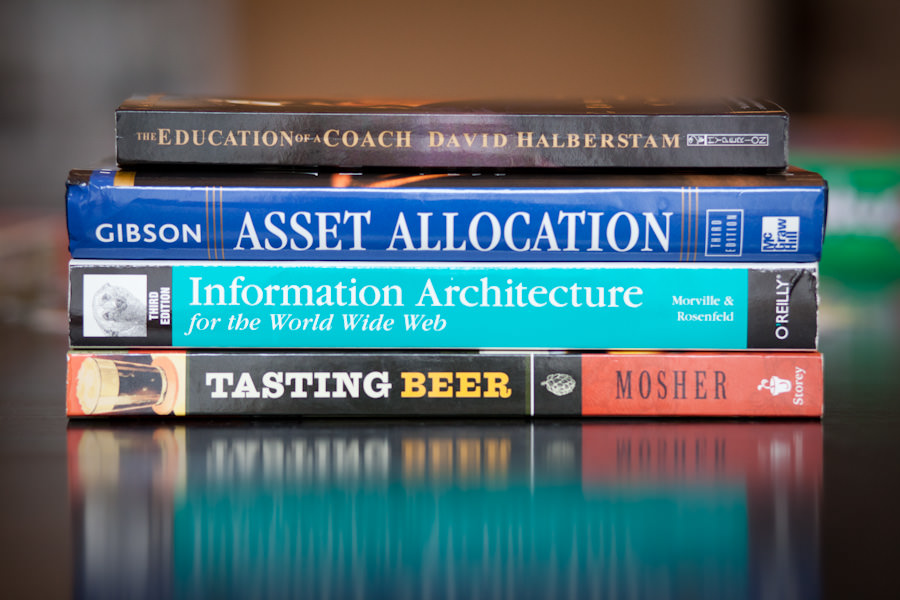 He's been doing it since he was a kid.  This famous picture of little kid Jared with the new Christmas Rubix Cube tells it all. 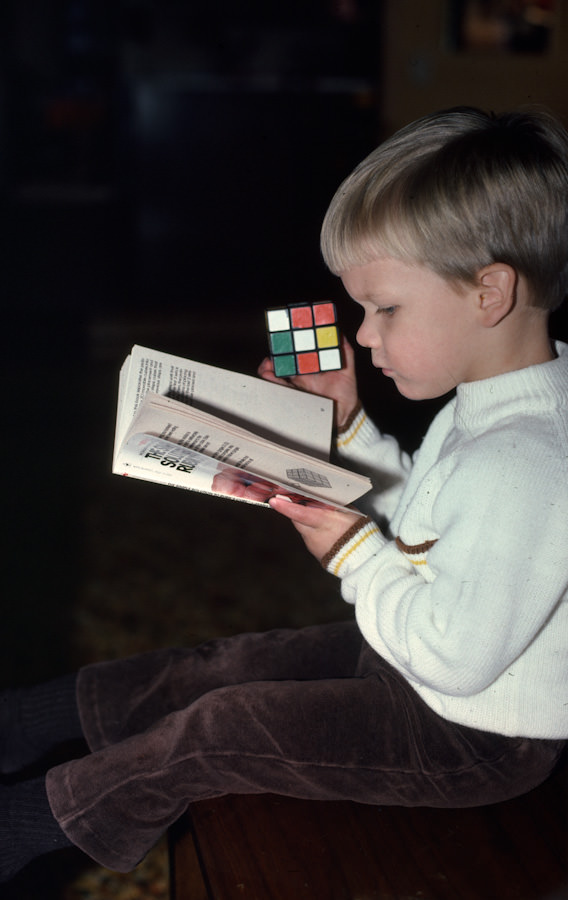 The motto is, "before doing anything, read the book."  It'll even help you know how to chase the neighbor boys around with sticks.

This is just like Matt:) He reads constantly... in the car, through the grocery store, in between push ups or mouthwash... I am running out of places to put books and we have only been married 1 1/2 years.

WOW! We have a lot to live up to from this blog but we DO like challenges! It is so fun to watch the kids play together...

« I'm a big fan of the benefits of Vitamin DYou can't spell funeral without... »