Birthday number 2 for the month

Winfield is SEVEN!  Our little baby is seven years old.  I still remember how small he was.  We called him "The Chomp."  He didn't like to sleep as an infant and still doesn't.  When he learned how to talk one of his first phrases was "wass dah?" (what's that).  He'd just point at things and say, "wass dah?''  Non-stop.  On Saturday he and Jared were at a Chess tournament and win was really excited to se them draw the names for the raffle.  They announced that they would be drawing the names in 60 seconds.  Win turned to Jared and said, "Dad, while we wait can you tell all about World War I and how it started and then all about World War II and how it started?"  I think that that is just the 7-year-old version of "wass dah? So the kids usually plan their birthday cakes several years in advance.  They often tell me what the next 3 or 4 cakes they want are.  I can't even tell you how much this intimidates me.  birthday cakes are not my thang.  If I could skip them I would.  But really, I can't have my kids going around school telling their friends and teachers that their mom won't bake a cake for them.  I do very little out of fear of what others might think, it's just not my personality.  But birthday cake making is purely to prevent the public humiliation that it would be to fail in this department. This year's selection was Ninjago.  He requested blue, but since I didn't want to use food coloring because I'm a Enneagram 1 I asked him if he wanted light baby blue, or a better green that I could make from spinach.  Green was his choice.   My best effort, the frosting was a bit runny and looked like a skirt.  But oh well. 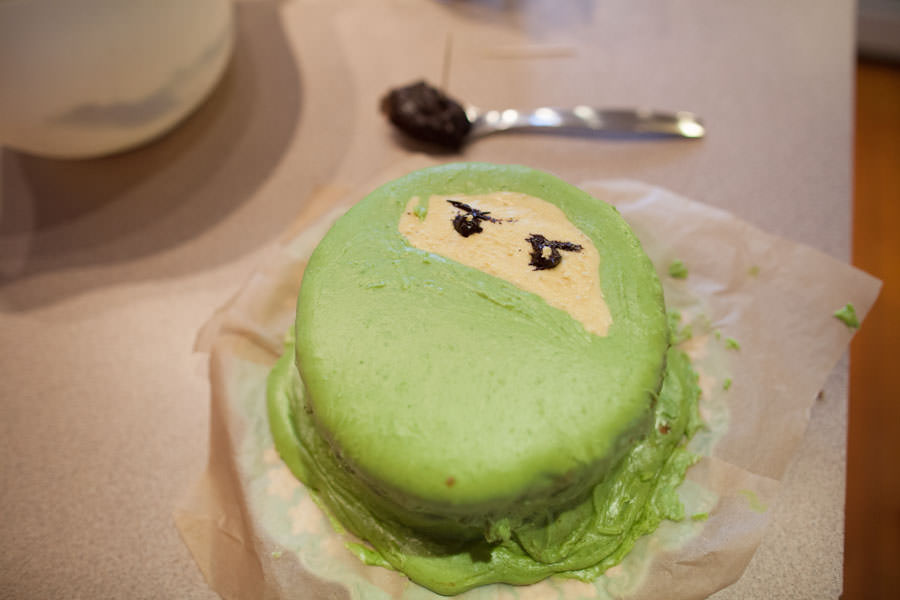 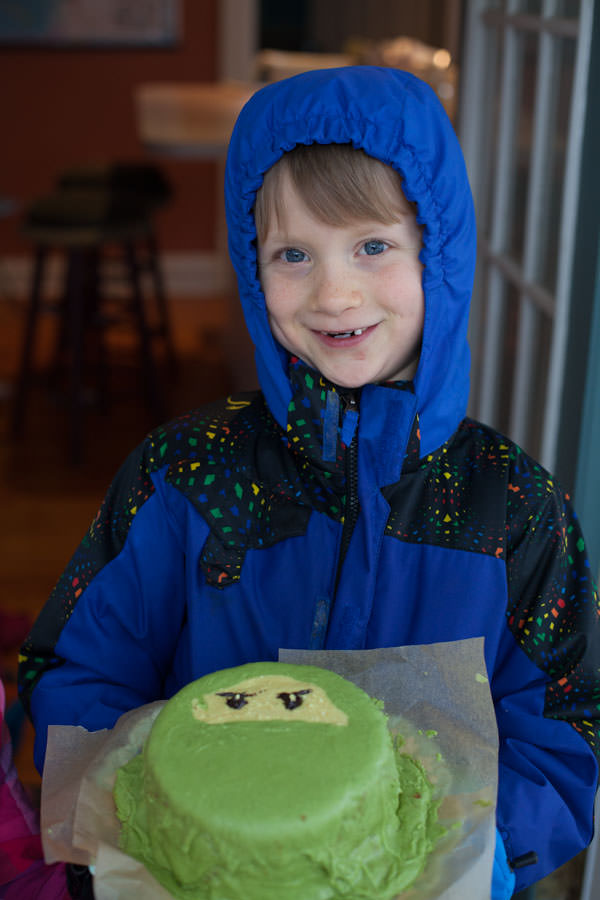 The neighbors came over bearing gifts. 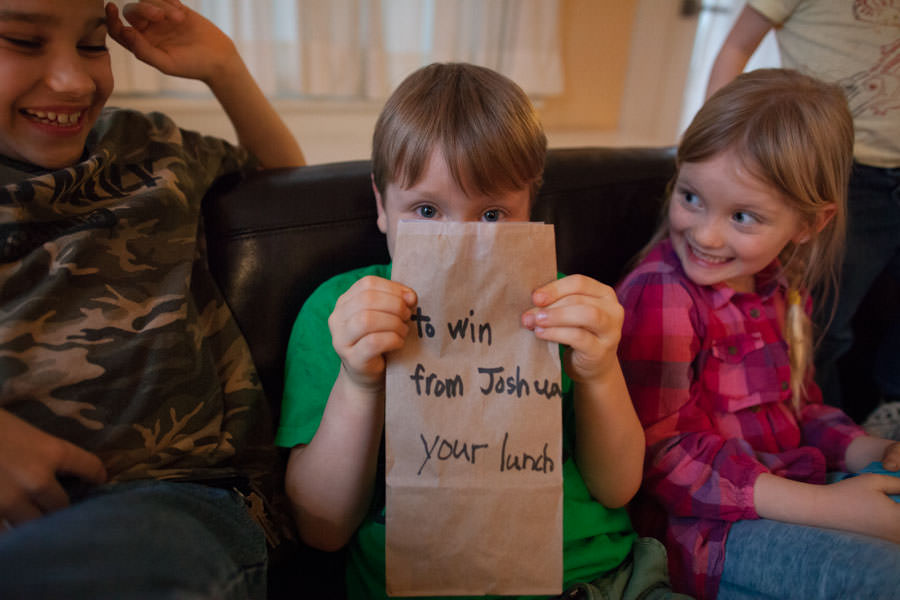 Of course Josh presented an amazing Lego creating the surpasses anything I could design given a year to concentrate on it. 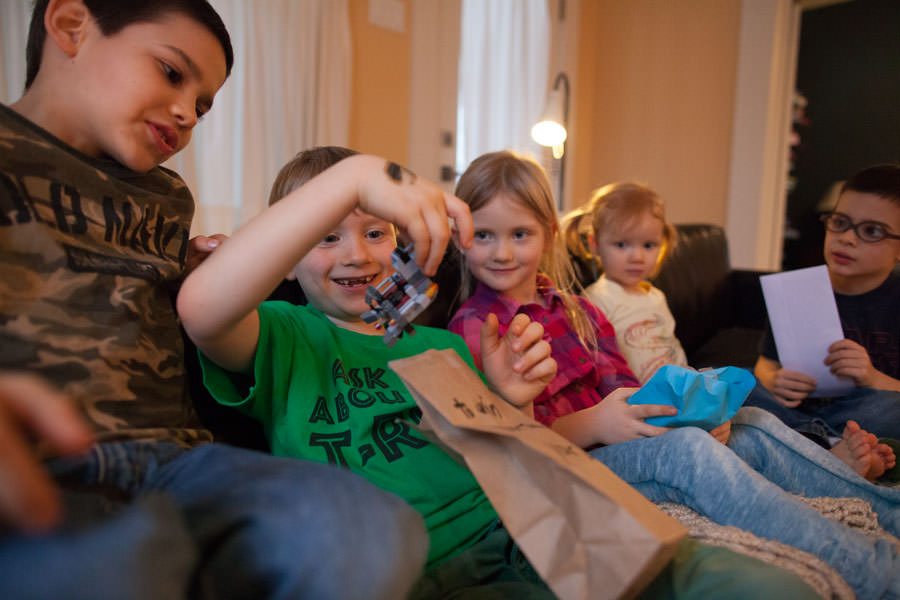 Harriet mixed some grapes, walnuts, and almonds in a bowl and wrapped it in a piece of construction paper. 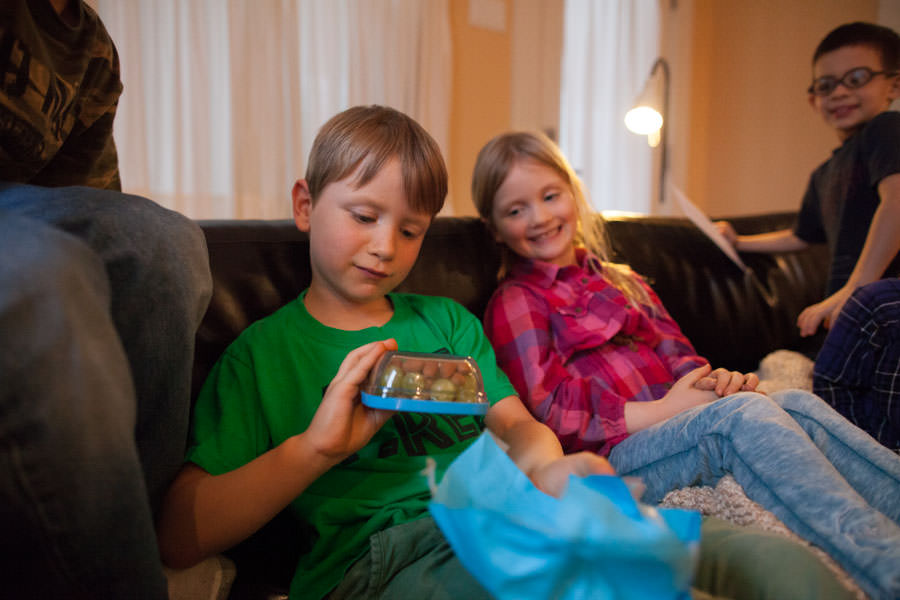 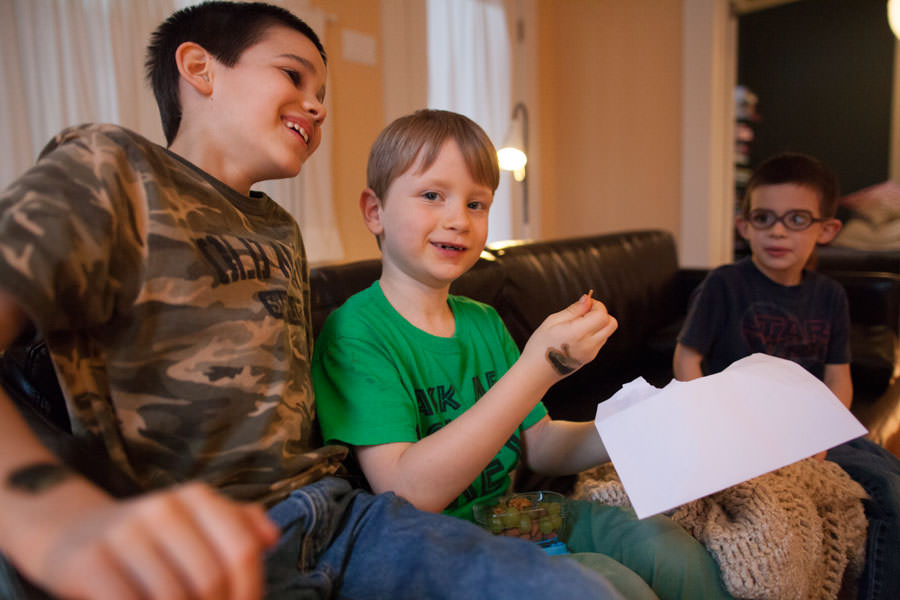 And from us, EPIC DRAGON BATTLE!!!!!!!!  He's been drooling over this for nearly a year.  It's atop shelf Lego set.  Since he only gets one thing, and since it was on clearance, Win scored big, like 954 pieces big. 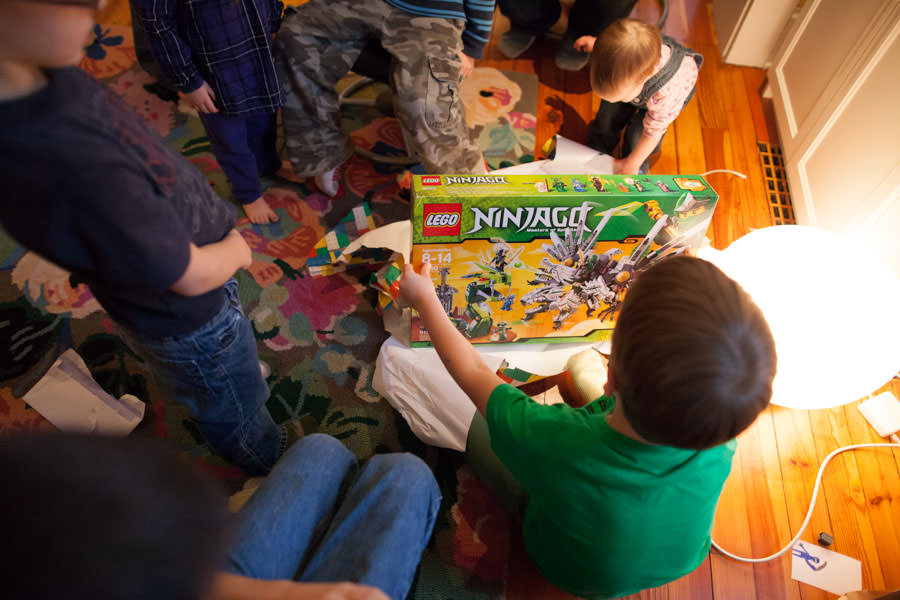 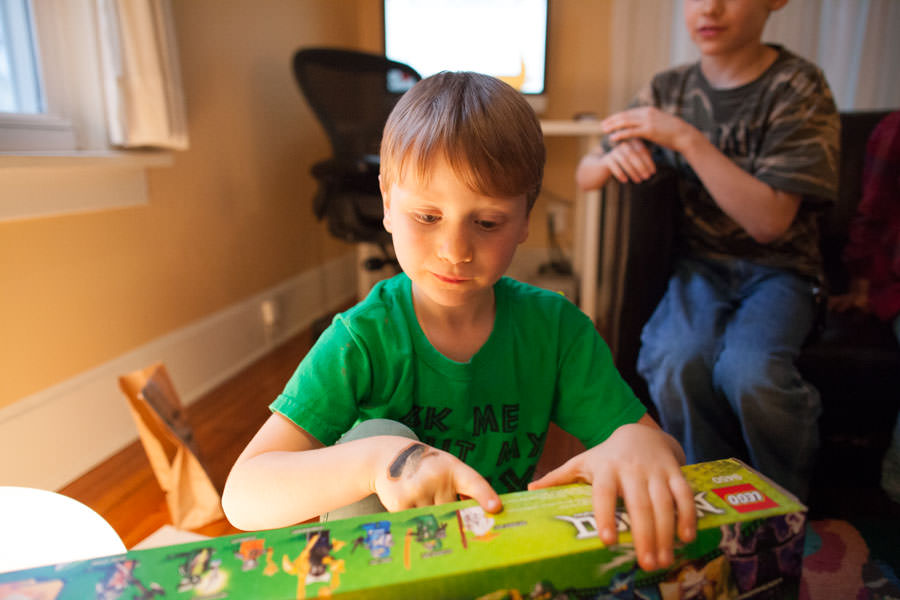 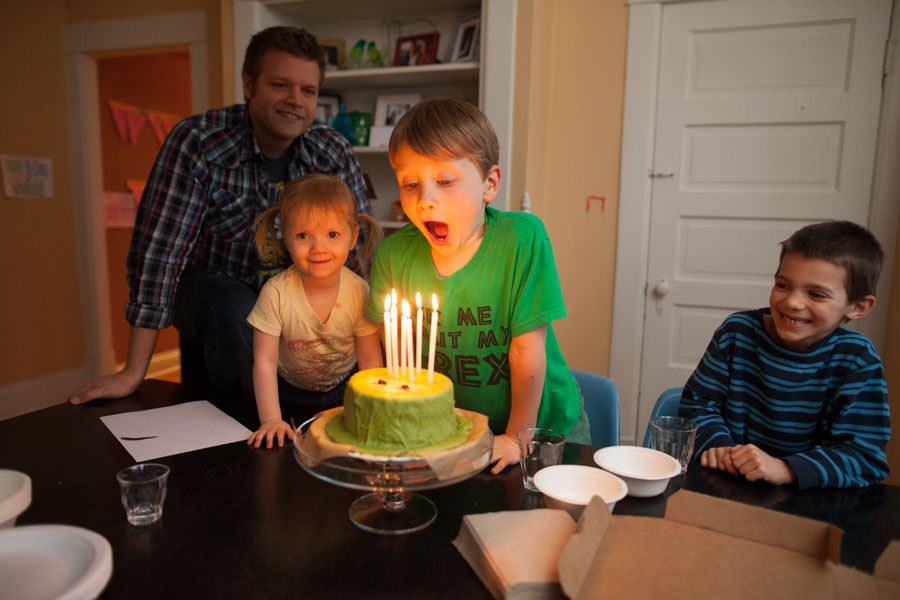 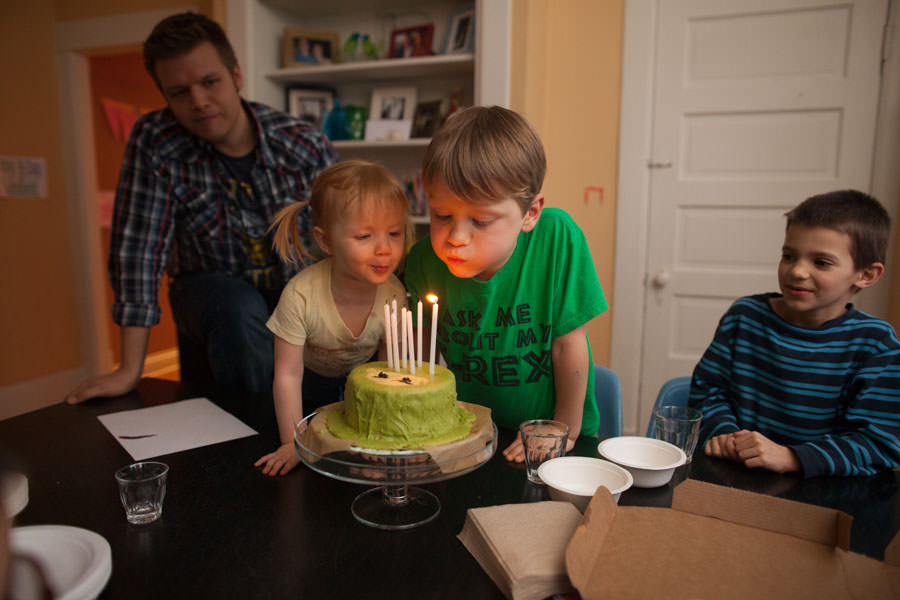 ridiculous. no front teeth, hattie's expressions, dales giant smile. ridiculous. I can't wait till summer when I can hang with these goobers. They are lucky to have a mom who can make such a rad cake that isn't full of junk!