Don't shoot! Cut off heads instead.

The title of this blog post comes from a famous photograph in my family. I had a eccentric grandfather who was a musician, photographer, lawyer. In the early '30s, before he married my grandmother he traveled in Europe, North Africa and Asia playing the clarinet. When he returned he gathered the many pictures from his travels into a scrapbook that my cousins and I loved looking through. In the middle of the book is an innocuous image labeled "the streets of Bangkok." When you look closely you can see that my grandfather caught a picture of a beheading in the middle of the street. There it is, plain as can be, corporal punishment in Asia 80 years ago. To this day my family still remembers and talks about this image. This story has nothing to do with the photography tip that I am about to give you. I just wanted to tell you about it because it inspired my title.Probably the simplest and most common photography mistake is taking pictures from too far away. I think it comes from a fear that a "bad" photographer "cuts off peoples heads." In order to protect from that too many people take pictures of their subject, the chair that he is in, the table that he is sitting by and the tree that he is sitting under, just to be sure not to "cut off his head." This practice creates lots of photographs that all look kind of the same.Not only are many people afraid of cutting off heads but camera manufacturers encourage this problem by putting those little brackets in the very center of the screen. It is way too tempting to use those brackets to aim, and then shoot the picture. Camera's are not guns, don't shoot!Here are some examples, I pulled this off of a random blog. The first picture is what the little girl's mother posted. She used her camera like a gun. 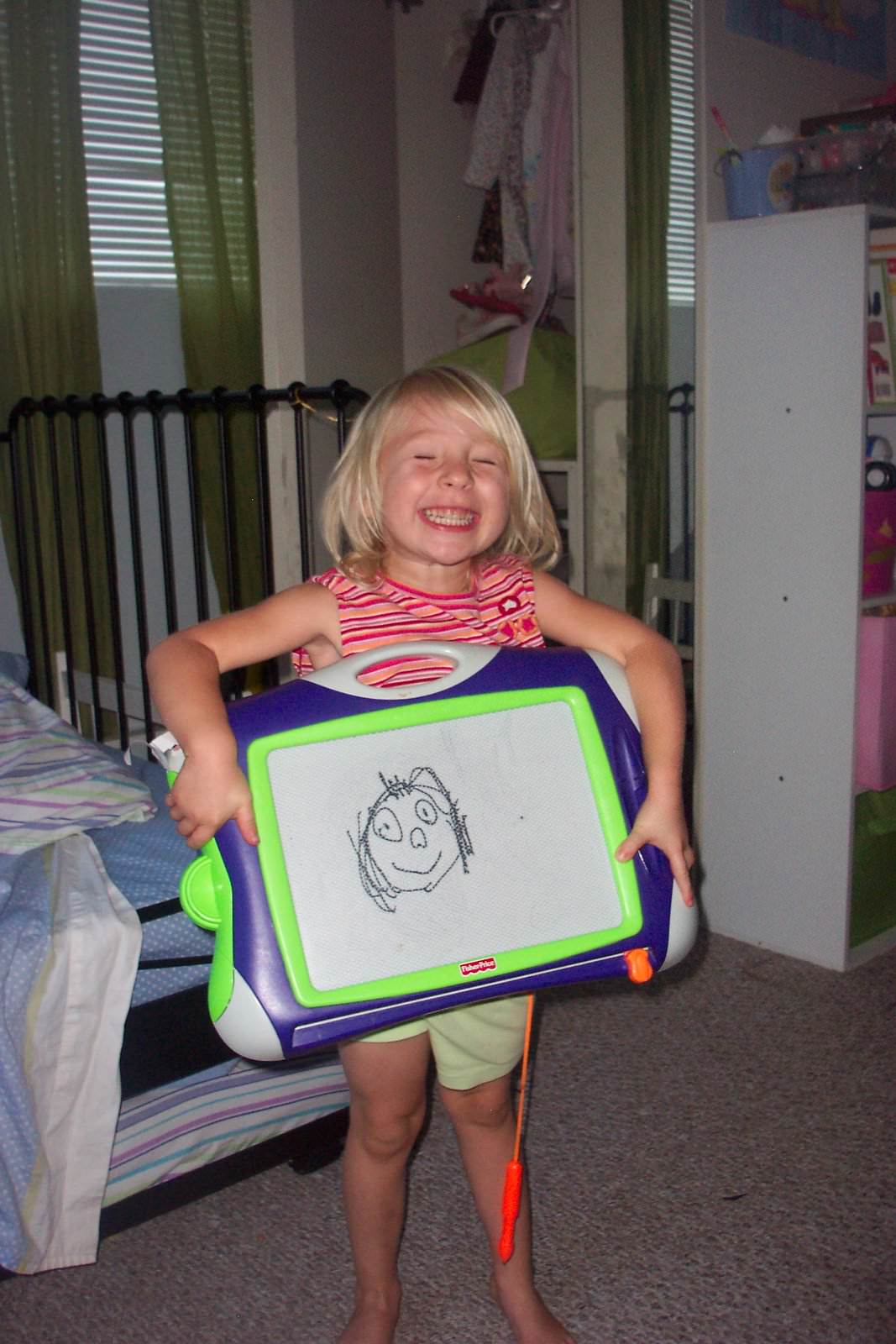 Why not get a little closer? 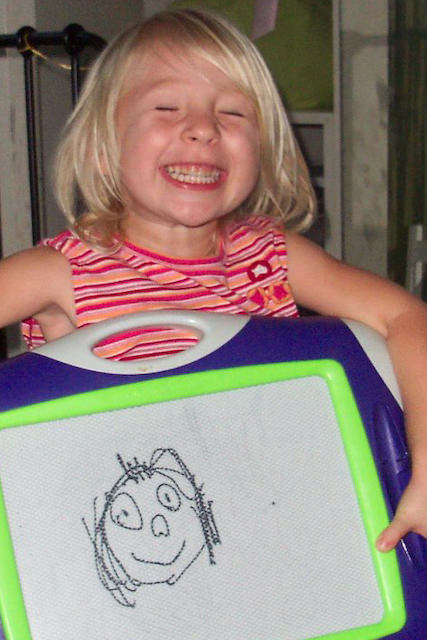 It tells so much more of the story, doesn't it? All that I did was crop the original image. Also, notice how getting closer can be a very forgiving practice if your house isn't always perfectly clean.Here's another example from today. Jared, Win and I went to Labor Day picnic. Now Jim Merlino is a great guy, and that fort and turtle are pretty cool... 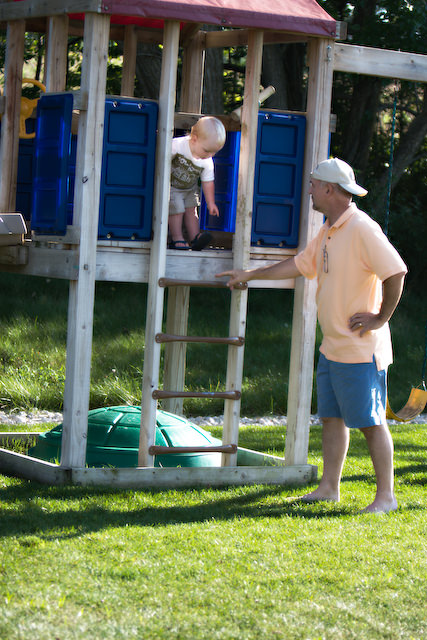 ...but there is so much more character when I zoom in and take a closer pictures. 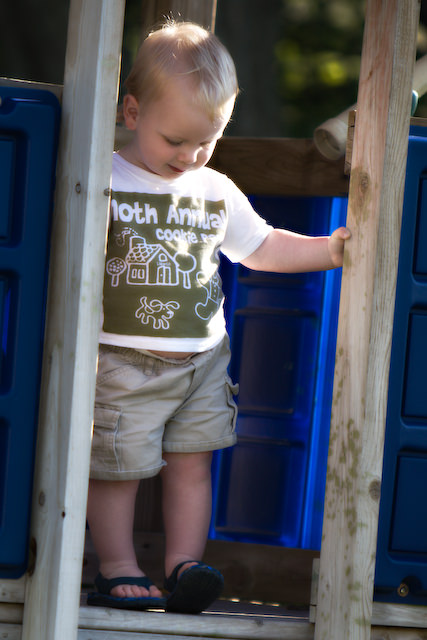 In this picture it seems like I've gotten almost as close as I could to show that Jared and Win are having a watergun fight with a Noel. 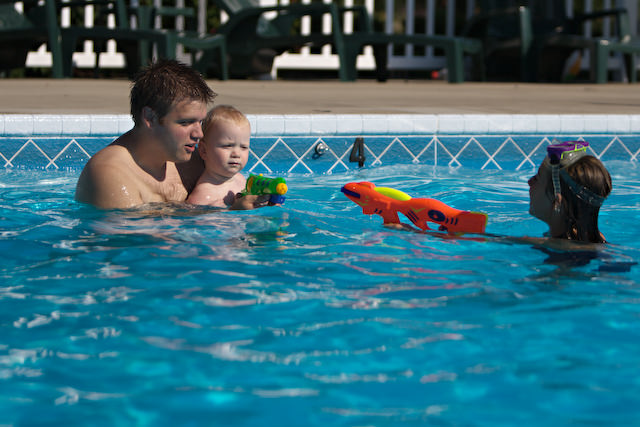 See how much more emotion there is by just going ahead and cutting off heads. 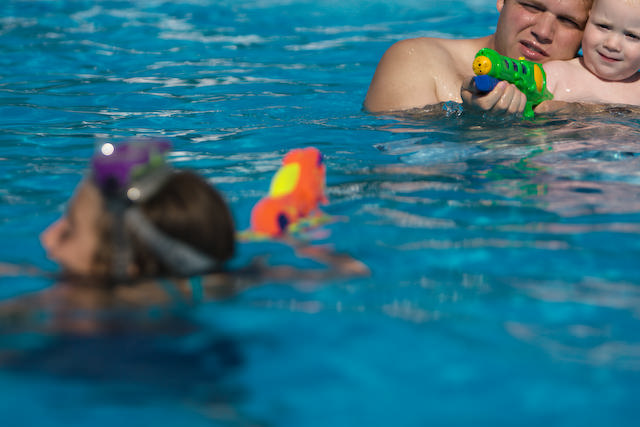 So remember, the most memorable photograph in my family's history-even 80 years later-has a cut off head ;-). Try it, you might get too close at times, but your photographs will get so much better overall that it is worth a few missed foreheads.Here are a couple more pictures of our evening.Who do you think was having more fun with the large water gun? 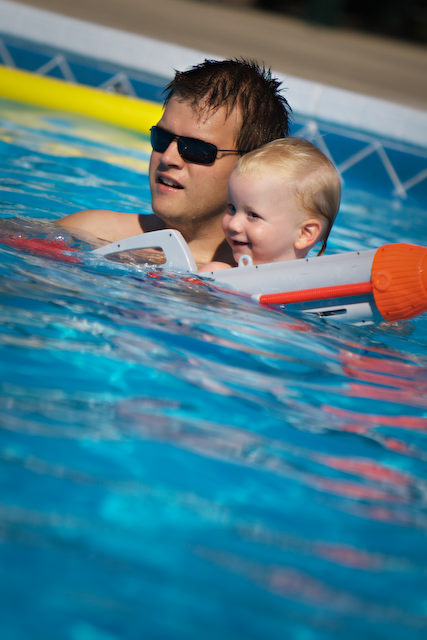 Win really liked the veggie pizza that the Duncan's brought. 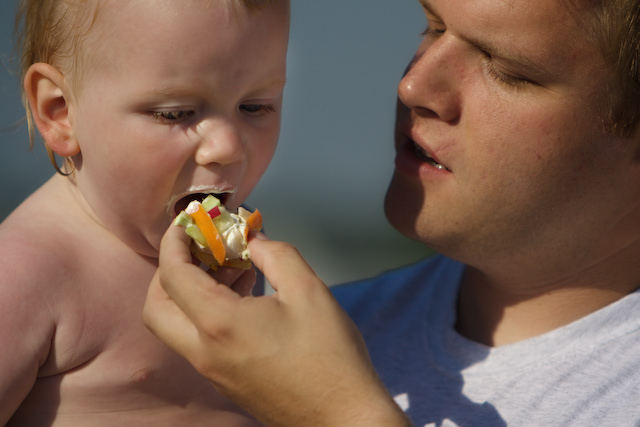 Great photos. Looks like a perfect day for the pool and our little swimmer.