So this afternoon I got the bright idea to go cross-country skiing with the kiddos.  Really it was a great idea.  The weather was nice, sunny, cold and the wind was still.  So we went. When we got there Jared and I strapped on our cross country skiis (mine are 40-yearsold).  We got up to the lodge and realized that Jared's skis wouldn't release.  So the kids and I went into the lodge and were welcomed by a long line at the kids' ski rental.  Jared stood outside with Dale strapped to his front and skis straped to his feet.  It took 1 hour and 20 minutes to rent 2 pair of kids' skis.  Dale was a peach the entire time.  However, about 5 minutes before we finally got the skis she lost her cool.  Jared started dealing with her while I took the kids on the small loop that we'd planned.  15 minutes later and 4 yards further from where we started I decided to change our course.  Jared skied back to the van with Dale.  The kids and I skied half way around the lodge to where the parking lot is.  That took about 1/2 hour.  We put the kids in the van I returned the skis and we drove home.  The whole trip took just under 3 hours.  In the end, Jared stood in skis for almost 2 hours and the kids and I actually skied roughly 100 yards.  At one point in that 100 yards I actually just picked up Harriet and carried her about 15 feet. The kids had a blast.  Win said that skiing was the best thing that he'd done in his whole life.  Harriet claimed that this was the best day ever.  So it was a success.  Just not as adults tend to rate success. 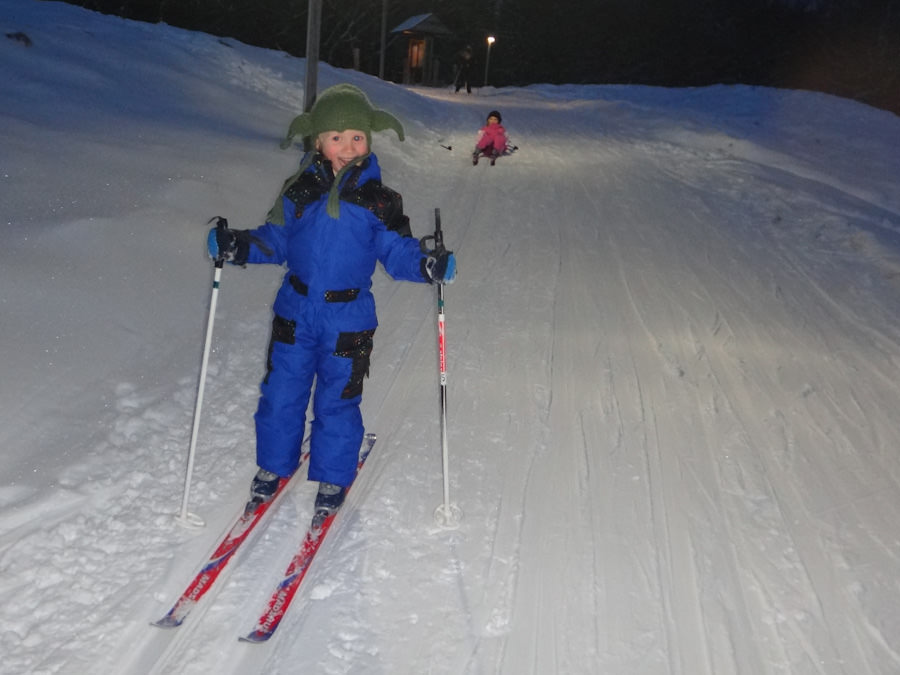 I am impressed that you guys kept cool enough that the kids thought it was the greatest day ever. :)

« SuperstarReason #1054 why the Lindes are awesome neighbors »