My parents came up to Holland and stayed with Win and Harriet while we were in the hospital with Dale.  Then they took the kids to Fort Wayne for a week while we settled in with Dale.  It was a lifesaver to have the older kids in Fort Wayne.  They had a blast playing at parks, going to the zoo and playing with Gramma and Bah.  Meanwhile we spent the week like zombies, up all night (and day) trying to get Dale's nights and days flipped.  Which it seems they did.  And quicker than we thought that it would take. On Friday my parents brought the kids back to us.  It was good to have them away for the week of crazy tiredness, but it was really nice to have them back.  We had a really nice weekend as a family of 5. I snatched this picture from my mom's camera. 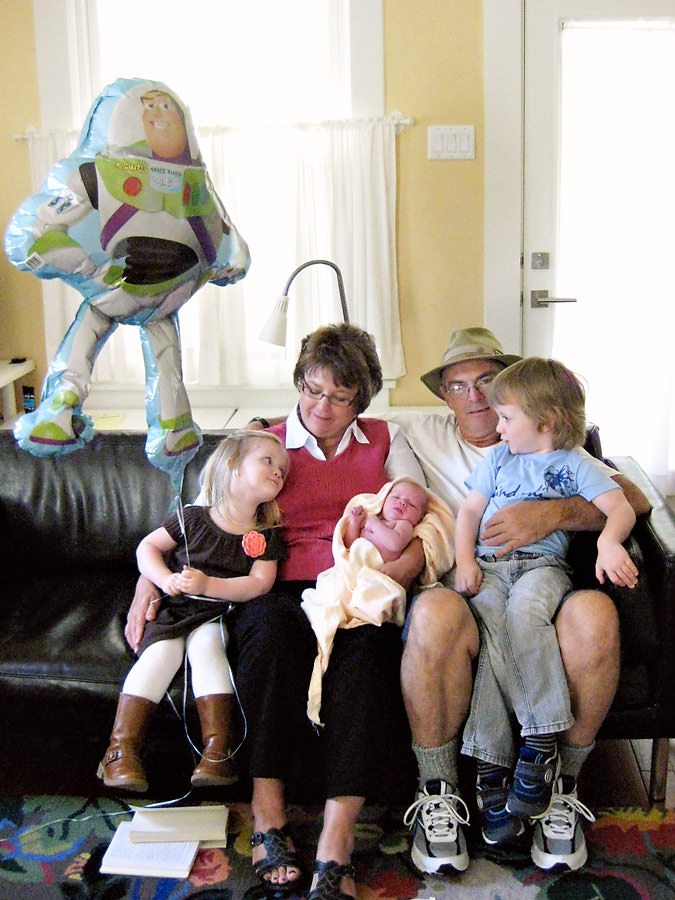 On Sunday Jared's parents (Goose and Grandma Jan) swung by for a couple of hours.  We ordered takeout from The Biscuit, one of the kid's favorite restaurants.  We introduced Dale and had a really nice afternoon.  The kids chased Goose around the house requesting tickles and "silly time." 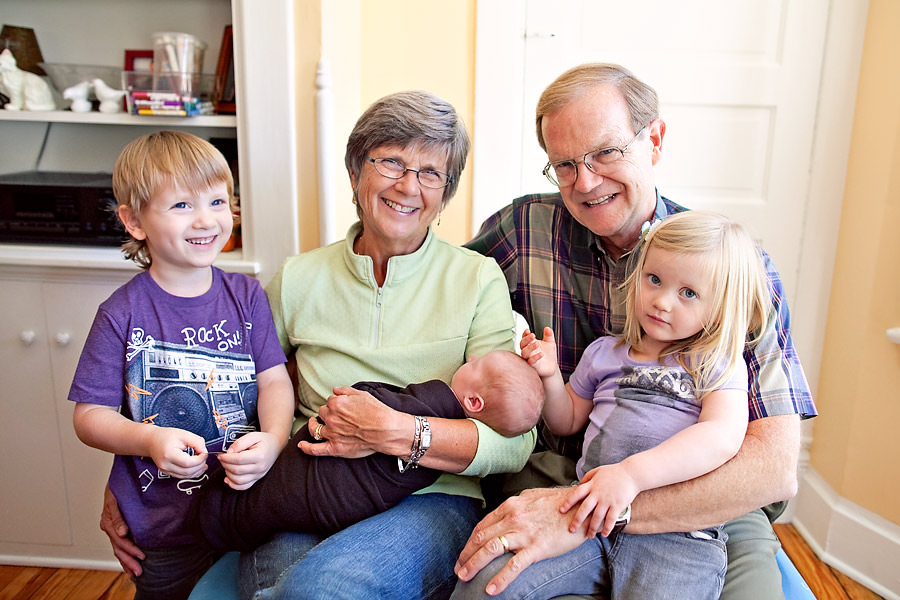 Grandparenting fun is the BEST!

Dale is a terrific addition to our Henderson clan. A perfect little cherub. I had a great time chasing Win and Harriet around the house. Thanks for a fun day in Holland. GG

It is neat how Hattie loves to pet Dale's hair with the back of her hand.