Our Winfield turned 8!  8 seems so old, but other days I think, "He's only 8.  He seems 14."  I was pretty excited about his gift.  He'd been asking for a scorpion or a corn snake for about a year.  Not begging, just occasionally mentioning it.  So about a month before his birthday I told him that his birthday gift was coming in 2 parts.  Watch the video for his reaction.  His response is totally Winfiled's personality.

Harriet decided that she wanted me to take her to Meijer so that she could buy something for Win.  She spend $10 of her own, that's a lot in our kids' economy, and bought him this Lego set.  Of course she picked one that had a piece in it that he'd been wanting.  She studied all the Lego sets until she found just the right one.  Like we've said before, Harriet is kind of a 6-year-old adult.

Win loved his gift from his sister.  It totally melts my mommy heart! 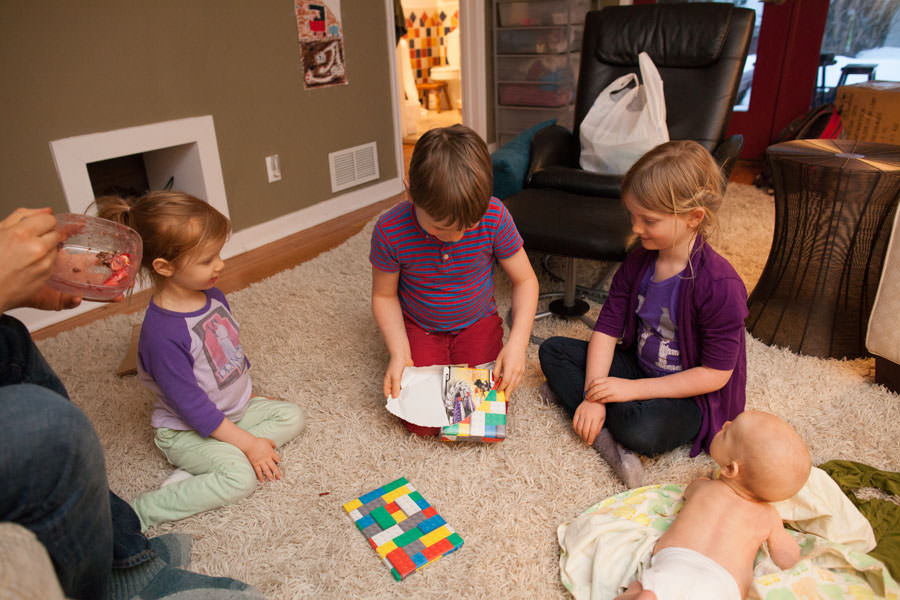 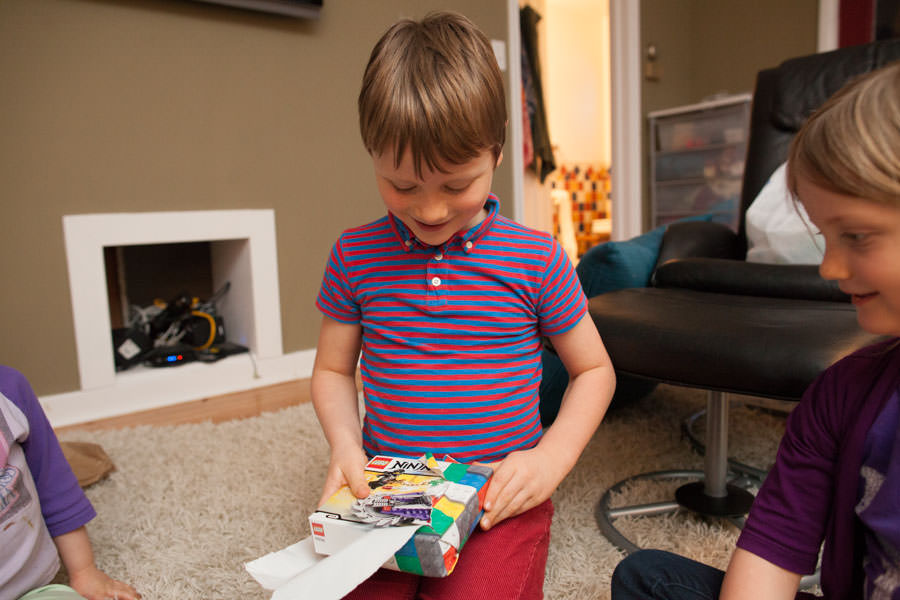 And here's the snake!  He nearly missed being named Snakey and was cristened Corney instead.  Anyone who thinks that kids are creative have not asked an 8-year-old to name something. Adults are far more creative.  Little kids sometimes lack convention and come up with interesting things. 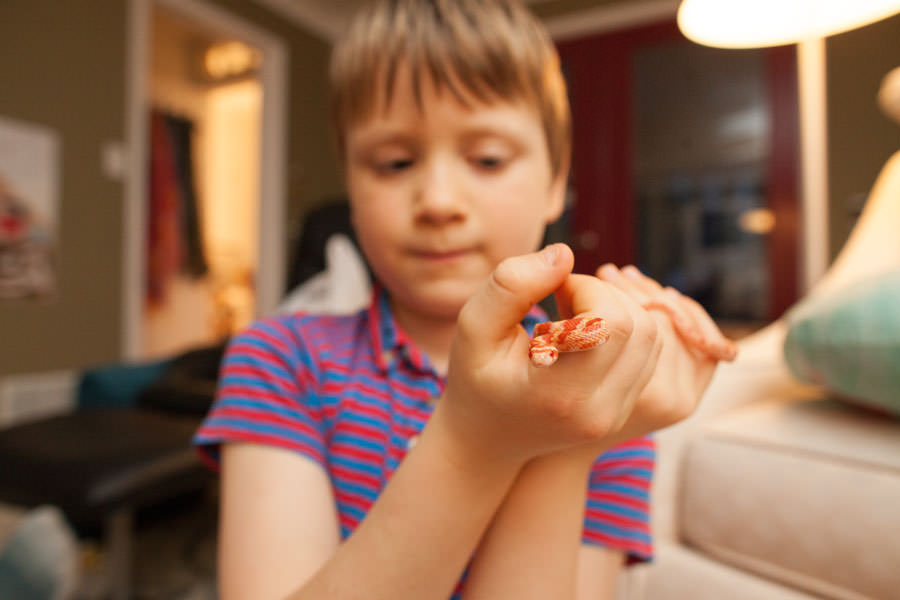 You cut off the video right before feeding time :) I love Win's reaction... his "thanks mom" was so sincere when he thought it was just a book. Melts my heart.

So Sweet! Love it! ... and Huck there in the middle enjoying it too!! I did want to see the snake eat the mouse though.