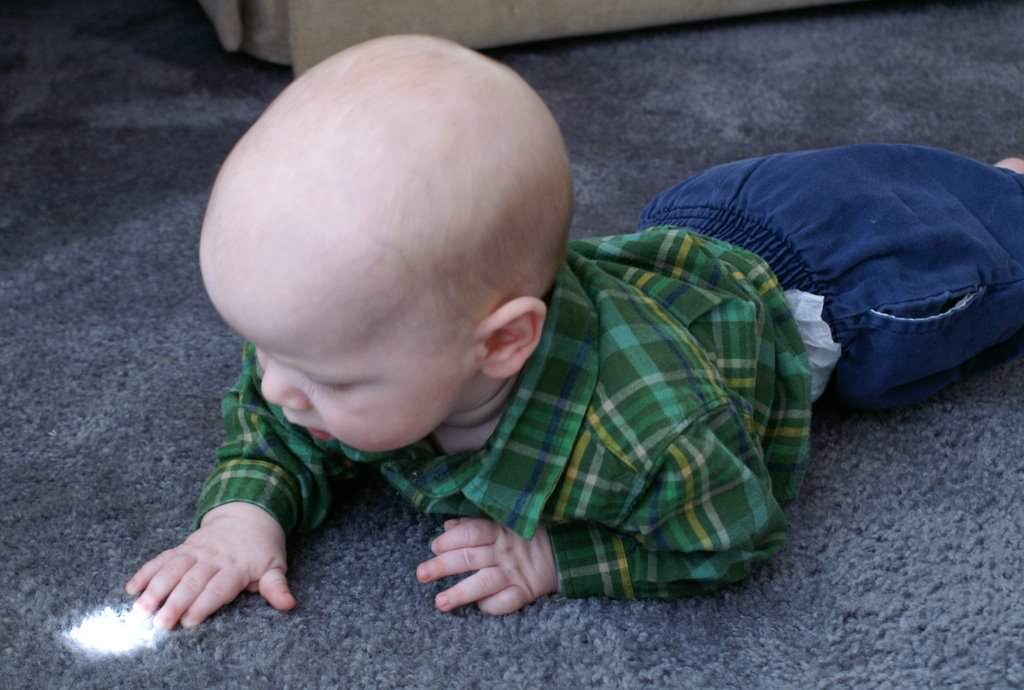 When Win isn't napping or eating he is hunting. He spends most of his time craning his neck around in search of an unsuspecting piece of lint on the carpet as his prey. Then he furrows his brow and launches an attack. Using his personally developed method of crawling he swiftly overtakes the lint. When caught the lint usually surrenders to his unyielding grip and endures a brief lick. Once it has been captured and briefly tasted Win is ready for another hunt.

His most difficult targets are the little spots of light that shine on the carpet. He has a very hard time picking them up and when he bends his head down to lick them they disappear.

Ah, to lick a sunbeam, now that is a challenge.

life is so hard to understand.

it's all true! his new nickname is "landshark."