Have you ever gotten together with friends and laughed about the days when gas was under a dollar. I was in high school then. It was the winter of 1996 when I got my driver's license. To enable us to remain kids and not have the burden or auto ownership my parents, thankfully, provided my brother, sister and me with a car to share. We called it the "kid car." More correctly I should say them. The "kid car" was actually a string of very old vehicles that spent the final months of their lives in our family. The parade went something like this. 1981 Caprice Classic Wagon 1972 Saab

This one was our favorite. The ignition had broken so my dad rigged the car to start by pressing a button. C'mon that's cool!

Probably the most amazing of the bunch. This vehicle had no working speedometer. I would just guess at my speed. About 5% of the times that I made a left hand turn the passenger door would come unlatched and go flying open. The passenger door on a 1976 2-door Nova is no small object. Passengers were always required to buckle up. 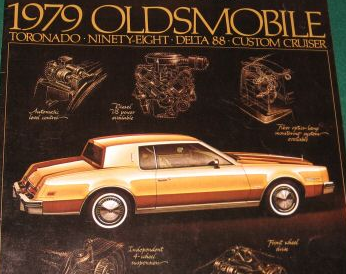 This car was the one that I drove the most. I was pretty spectacular. When I went to college some random strangers stopped my our house and offered to buy it. It sold for less that I had paid for my roller blades.

The "Toro" was '70s-gold and decked out. It had powerseats, leather, a little voice that told you when your 2-ton door was ajar, and to top it off, a V8 engine. Other features included rhythmic forceful shaking when stopped at a stoplight, a cloud of blue smoke as a declaration of superiority for whomever was behind me, and an amazing 6 miles per gallon. Here's an image that I found online of the same year and color. If the phrase "pimp daddy" comes to mind then you've got the picture.

When I married Jared in 1999 he had a 1995 Dodge Stratus. When I got married, in college, I didn't even own a car. The Straus is still with us as our main vehicle. Yup, I still drive the first car that I ever owned. 2 years into our marriage we decided that a second vehicle was in order. Sticking with my family tradition of old second vehicles Jared and I purchased a 1986 Mazda pickup with awesome racing striped. This car looks like it should be wearing tight stonewash jeans, a hypercolor t-shirt while smoking a cigarette. Back to gas prices. Our Stratus gets about 23 miles per gallon. At $3.49 a gallon driving is still cheaper than it was for me in 1996 when I paid just less than a dollar to drive 6 miles in that 1979 V8 Toronado. Jed, Johanna, are my facts right?

Hilllllllllarious. The image of your truck wearing stone wash jeans, a hypercolor t shirt and smoking is too funny!

I have a few additions. HONDA NOT boring. You could (and CAN) go fast in little Hondas like that. Their doors are thin. This is bad for safety, great hanging your arm out the window and looking sweet. NOVA You left out that the best story that accompanies this car. Keep in mind that this belonged to our Grandmother. Some kid bought this car from Dad and tricked it out with a chain steering wheel and playboy bunny lock toppers! He came by one night during dinner to show it off and give our family one of his senior photos which he had taken with the car. After awkwardly chatting with Dad and saying goodbye, we sat down to dinner. The doorbell rang again and I heard Dad say to him, "Well...you'll have to ask her." Then he called me down to the door where I kindly turned down a date in said car with said gross dude. That photo was on the fridge for years, frequently instigating the following exchange: "Who is that dude on your fridge?" "Uhhh, some guy that bought that car from my Dad." "Nice steering wheel." "Sure." CADILLAC - (nicknamed both "big daddy caddy" and "the bodymover," a reference to trunk space should you ever need to eliminate any witnesses) This sucker was my riiide. The two doors were twelve feet of shin-crushing powder blue. Park on a hill and you'd better use two arms and your remaining leg to hold the open door while you make a break for it through the sliver. It had a real-time miles per gallon gage which would fluctuate between a gazillion miles per gallon and "00." It would also tell you how many miles worth of gas you had in the tank. This was also a bit of a crapshoot since it would frequently say "you can drive to Vancouver and be just fine" and a minute later "no, seriously...you really should stop for gas, like, right now." It's like they put the technology on the car before they had run any live tests on it. "Uh, so just weld this little box to the underside of the dash, wire it in, and we can list this along with NOW WITH LARGER HOOD ORNAMENT on the window sticker."

I forgot to mention, The Toronado heater was permanently stuck on. So I would cruise down the road in the hot Indiana summers with the car's heater on.