I had gone into the basement for a minute to put in a load of laundry. Win is usually really obedient so I don't worry about him for the 2 minutes that I am down there. While in the basement I heard him playing in the kitchen above me. Then I heard the distinctive sound of him suddenly running. Win runs a lot. But when he's been playing in one place and then instantly dashes into another room that usually means he has just done something that he knows isn't allowed. Afraid of what he'd done I scurried upstairs to make sure that he was safe. As I entered the kitchen I found an open cupboard (not allowed) and and empty rice cake wrapper on the floor. I then moved into the living room to find the rice cake thief happily munching on the couch. Jared and I are pretty proud parents. Honestly, we think that Win is pretty smart. But today I'm pretty sure that he had a lapse in intelligence. First, if he was going to steal something he should do a little better job covering his tracks. Second, a rice cake! If he was going to risk punishment he should have at least gone for a banana.Maybe it was the Hep A shot that he got today. 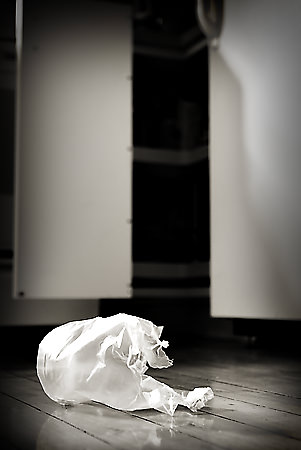 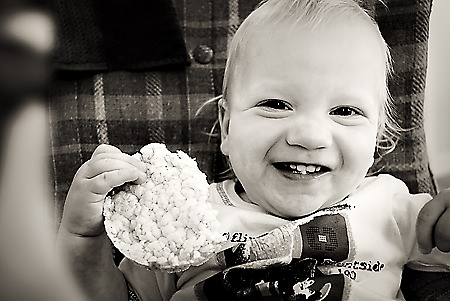 Posted in: win
« Our Little Boy Is Getting BigAlmost There... »