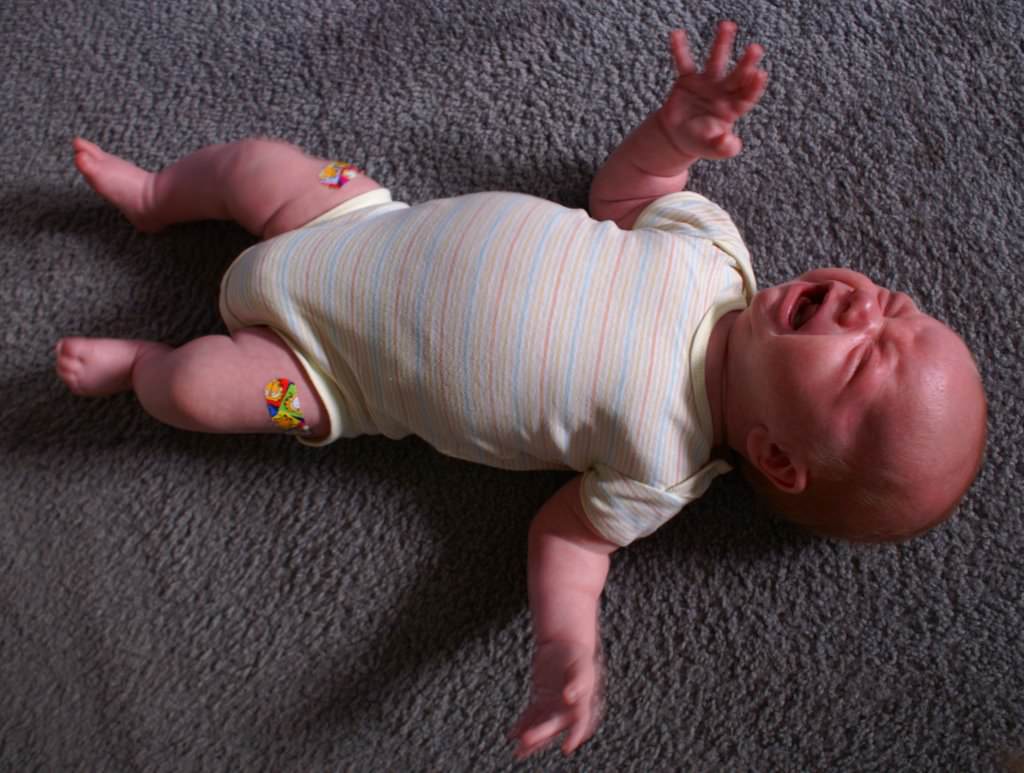 Win went to the doctor for his two month check-up today. The doctor had instructed us to give him baby Tylenol before the appointment. Jared put the drops in his mouth and he got a very confused look on his face. As soon as the sweet syrup hit his tongue his face lit up with a big smile. It was pretty cute. The doctor said that everything is perfect. He officially weighs 13 pounds 7 ounces which puts him in the 95th percentile. Way to go Win! Notice the two Band-Aids on his legs. Two very mean nurses poked him with needles. Jared and I had never seen him cry as hard as he did after that.

post should be titled "Parent Torture." said event was clearly more painful for Rachel and I than for Win.

Now you learn how much parenting 'gets' you right in the heart!!!! He is way to cute to poke, what were those mean nurses thinking??? grandma jan