Mom, I hate everything that isn't...

…Star Wars.  This is what Harriet told me before bed tonight.  Yep.  Everything around this house is Star Wars and has been since the beginning of summer. Answers to question are usually sung to the Darth Vader theme.  I dont' know if I can even describe how much this movie series has invaded our house.  I'ts been really fun.  We describe things to the kids using Star Wars metaphors.  When I want to Win to get it together I tell him to obey with the control of Yoda.  It always works.

A year or so ago a friend of mine gave me a parenting book called Bringing Up Geeks.  It was a book about the dangers of popularity and childhood.  It was a really great book.  But I kind of wanted to tell her that I didn't need that book.  My son's favorite activity is reading, he loves Star Wars, and the other day he declared that watching football was _boring.  _I see a bright future for him in Odyssey of the Mind with a side of Quiz Bowl.

Here's a peek into a standard evening in our back yard.  The other kid you see are our neighbors.  Jared is a Sith Lord named Barbara Bush.  The kids think that it's a real name of a Sith Lord and that it's just in a movie that they haven't seen yet.  So it's really funny to hear them say stuff like "Watch out Hattie! Here comes Barbara Bush." with no irony in their voices.

Winfield is always Yoda.  Harriet is usually Princess Leia  but occasionally Padme or Mace Windu.  I find it hysterical that she's either Carrie Fisher, Natalie Portman, or Samuel L Jackson.  Take your pick.  And Dale?  Well...she's clearly an R2 unit.

We have the Star Wars soundtrack blasting through the stereo and out the windows of our house. 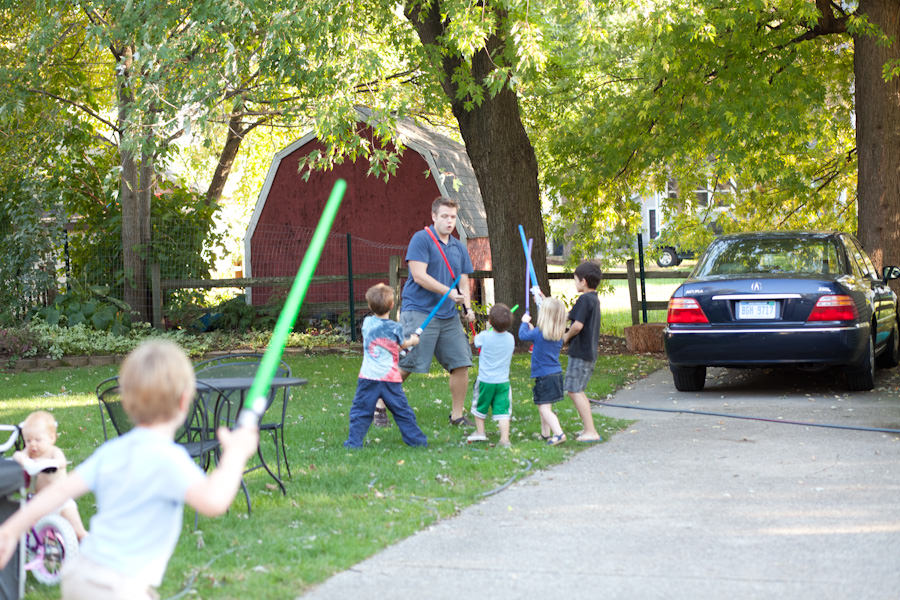 Harriet is the Clara Barton of the battlefield.  She's usually rescuing someone. 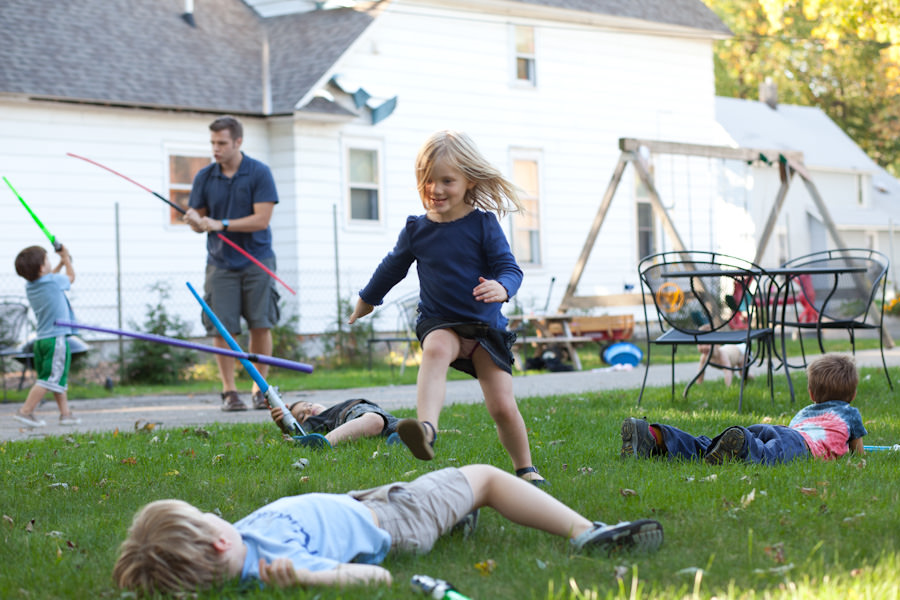 This time it was Winfield.  But bad Anakin (Josh) is about to attack from behind. 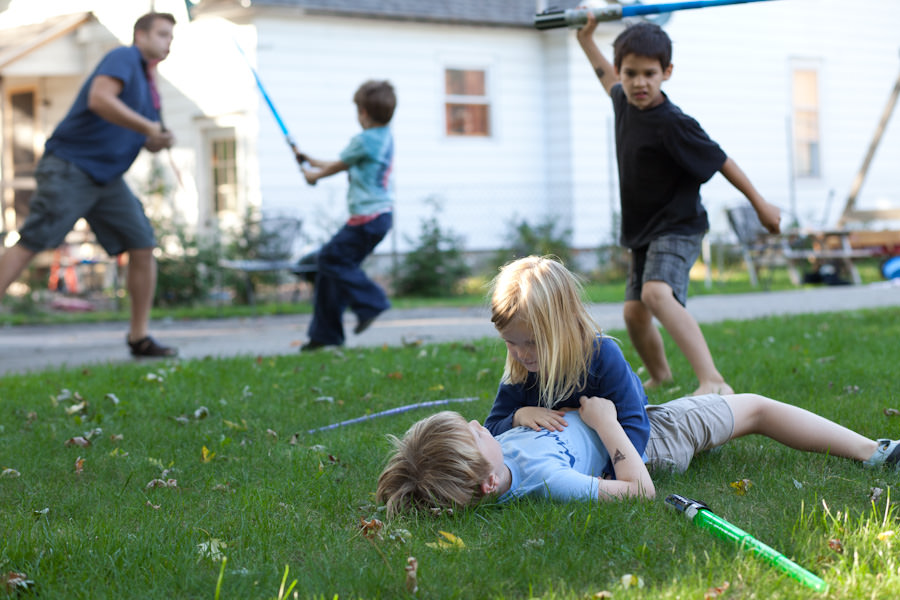 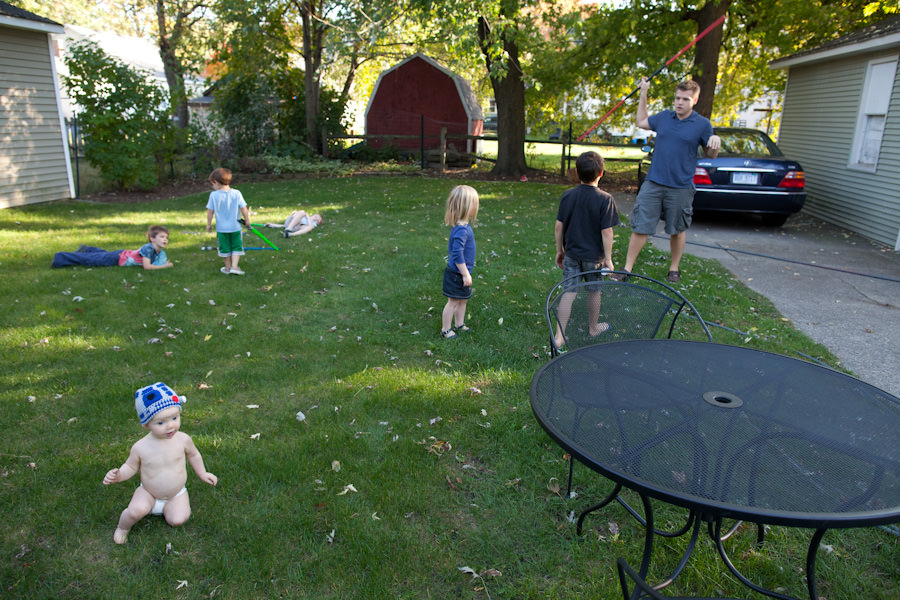 YES!! I LOVE Odyssey of the Mind and Quiz Bowl- add in a slice of Model United Nations, and Win's got it made!!

I just found your site and really love your photography! You have a beautiful eye for things! I too am a stay at home mom and photographer(just starting out though). Thanks for the inspiration.

What a great battle. I wish I was there to participate. I'm going to dust off my light sabre for your Thanksgiving visit. GG