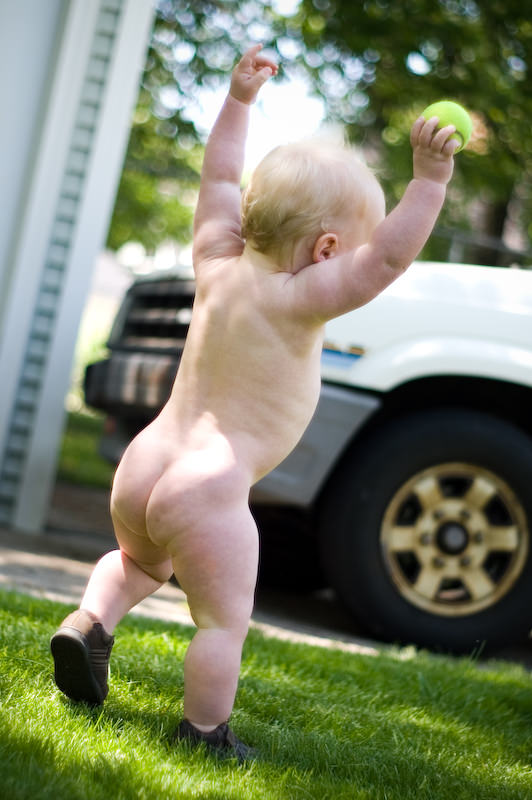 Win heard that Olympic athletes trained and competed in the buff. Because 15 months is about the time when a person must decide that they want to be in the Olympics, Win got out a ball and began his training. We didn't correct him on the difference between the modern and ancient games.
Really, Win has had a little rash in his diaper area lately. His pediatrician told us to bath him often and then let him run around without a diaper. Jared and I thought that the backyard was the perfect place for him do said running around. Naked with shoes is a pretty funny image.

That picture is terrific. Later he will make you destroy it.

he could also be getting ready for college activities such as the naked olympics at princeton or the naked mile at u of m :)