Harriet is our wordsmith.  She looooooves puns and is often pointing out the literal meaning of colloquialisms.  The other day she dashed into the house with excitement in her toes.  She had an idea.  She sat down at the table and told Jared and I that she had a recipe and that we couldn't look until she was done.  This is what she wrote.  "Get a rock.  Put lime on it"  Then she declared, "It's a recipe for LIMESTONE!"  This is her kind of humor. We think that she has a future in naming vegan foods.  In case you don't know (an I wouldn't have a year ago), the marketing departments of vegan companies are full of people who love terrible puns e.g. Soysage, Tofurky, Mac & Chreese, Chick-un Salad.  She might have a bright future in vegan marketing. 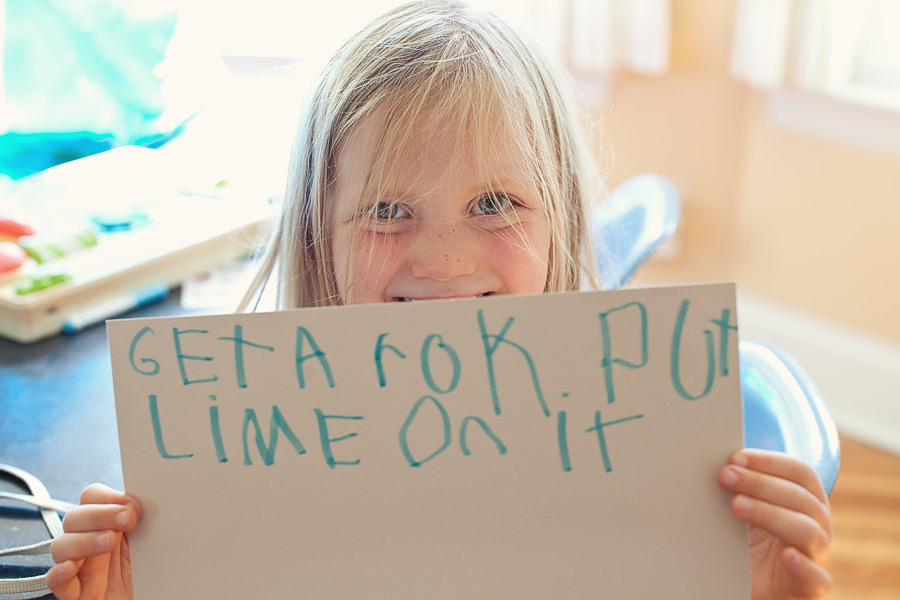