Raising kids on a vegan diet is occasionally hilarious

Win is a very ideological child.  I have no idea where he gets that from ;-)  So the other day while working on his homeschool Win saw the food pyramid for the first time.  Upon seeing  he started shouting to me from across the room, "Mom! Mom!  This is wrong!  This is wrooooong" "What is is?"  I responded. He showed me the pyramid and was incensed that someone would print such heresy.  He then said that he was going to make a better one.  This is what he came up with. 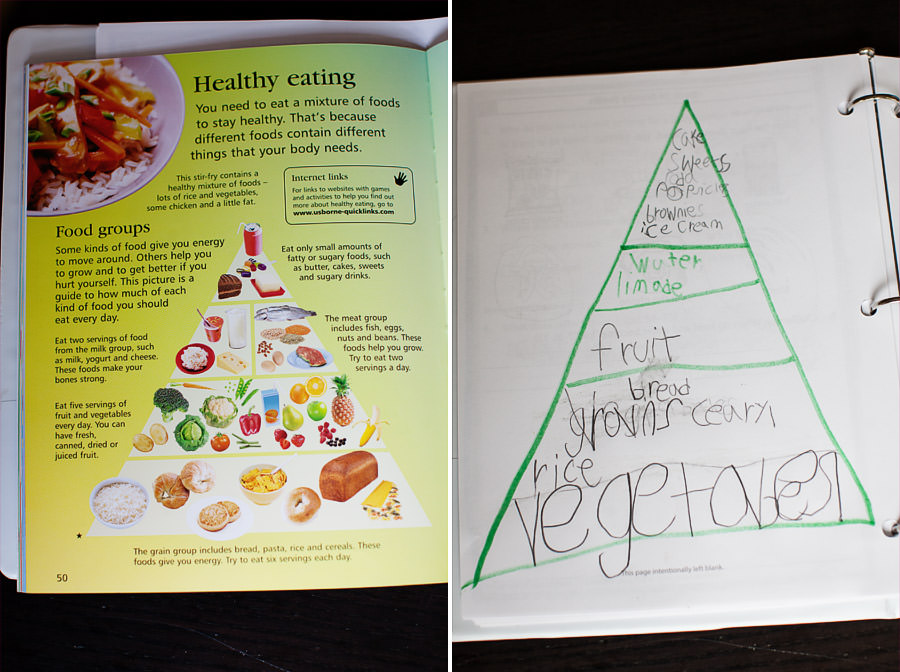 When an ideological 6-year-old takes the food pyramid into his own hands you may have as much limeade as water.  And you can plan on eating a heck of a lot of vegetables. The second level from the bottom says, "bread, grains, cereal, rice"

I personally think the lowest level should read simply: "Kale", but that's a good effort.

HAAHHAAA! Show him this food pagoda and see what he thinks of this. I like how you are supposed to consume less water than ice cream. Also, is win getting his 60grams of kimchi per day? doubt it. http://www.flickr.com/photos/rrunaway/7636943736/in/photostream