As you know we'd been vacationing with Jared's family in Detroit last week. As I was going through the pictures I noticed a couple that were a perfect demonstration of ISO and it's relationship to digital noise. We were on a pontoon boat in the middle of the day. My father-in-law's camera was accidentally set so that the ISO was at 1600, which is way too high for the amount of light available on a boat in the daytime. A couple of images were taken before the setting was changed. Both of these pictures were taken with the same camera, on the same day, very close to the same time. Do you see the difference in the quality of the images? Click on the images to see a much larger view of them. Look closely at the skin tones.ISO 1600 (too high for the situation) 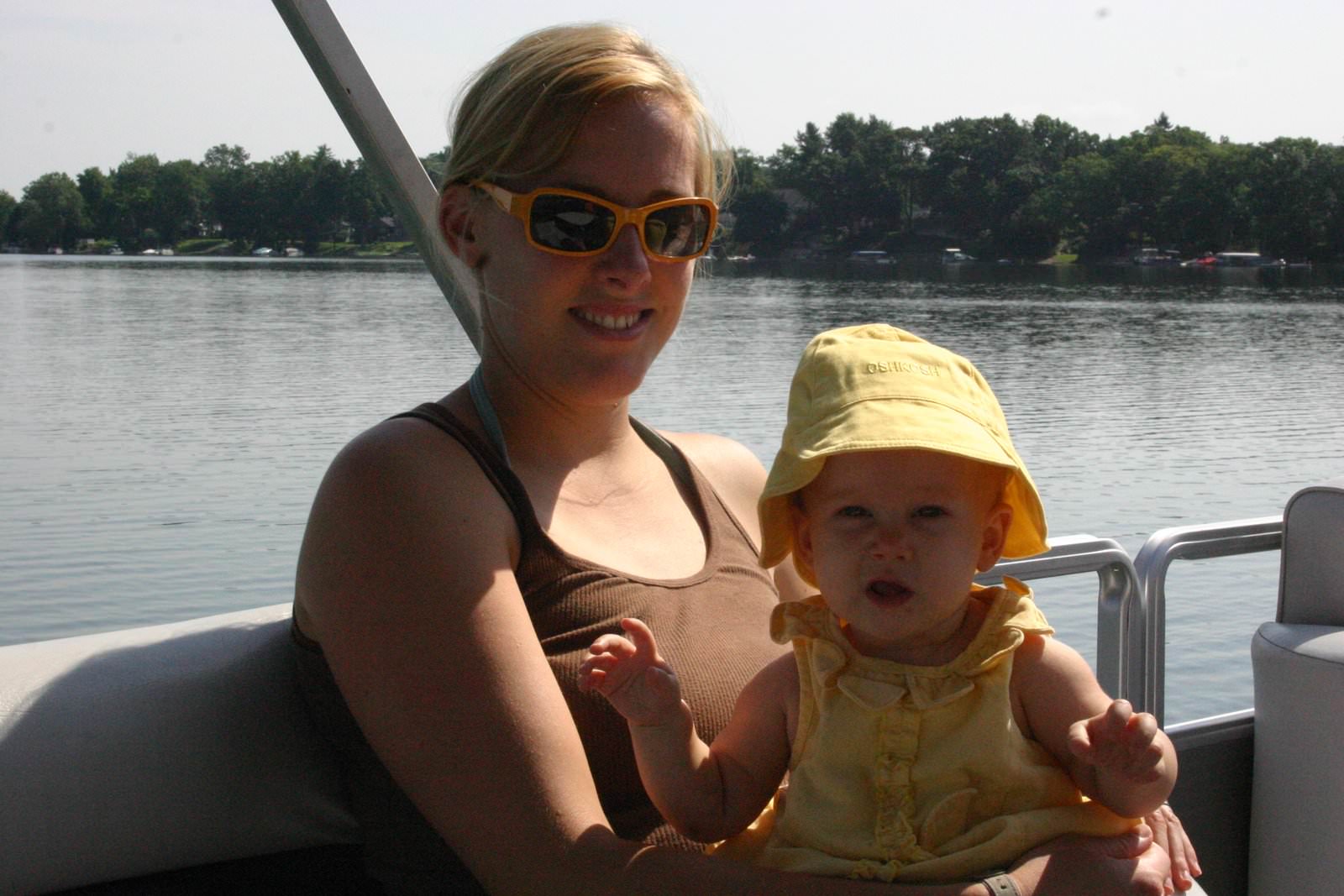 ISO 100 (lowest available ISO, which is great for bright situations) 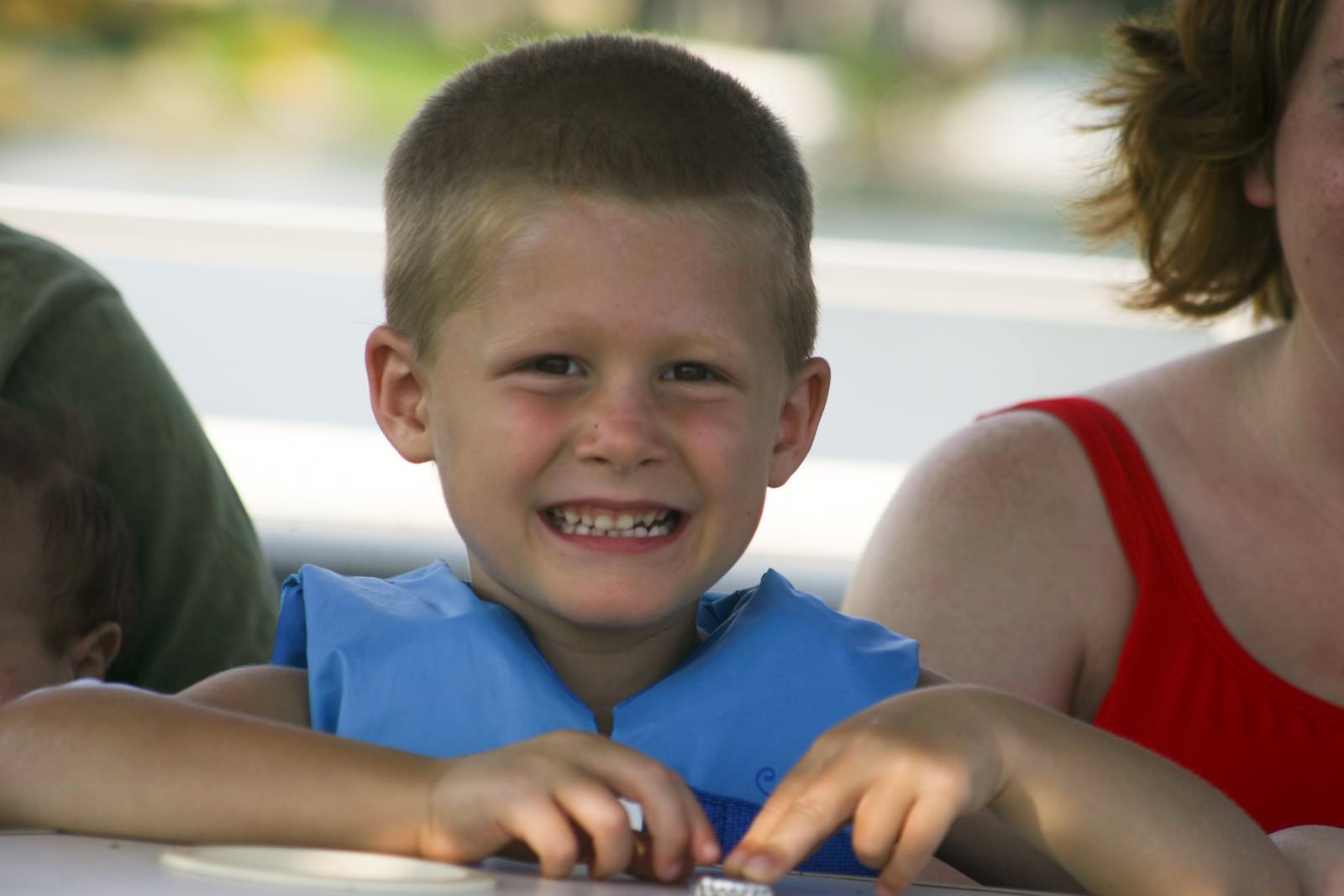 The little baby is Willow. Click on the image to open a larger version of it and look closely at her face. Now do the same to the picture of her brother Ezra. Do you see how Willow looks like she has some sort of blue and magenta skin disorder but her brother looks fine. That blotchy, colorful grain is called digital noise. It happens when the ISO it turned up too high.ISO is measured in numbers like 100, 200, 400, 800, 1600 etc... It's the same as those numbers that were on the boxes of film that we used to buy. Do you remember film? ISO is very similar with digital. ISO is a measurement of how sensitive your digital film is. The more light that is available the lower you can set your ISO. If you are inside or it is late evening you'd have to bump the ISO higher to make sure that you image didn't turn out really blurry. If your ISO is set too high you lose quality by introducing a lot of unnecessary noise, like on Willow's face. If your ISO is set too low then you will get a really blurry picture, one of those images where someone is moving their arm and it looks like a see-through moving ghost.Basically, you want to have your ISO set to the lowest possible setting for the given situation. Since there was plenty of light on that boat the ISO was changed to 100 (the lowest) for the picture of Ezra. Do you see how great his skin looks? The quality of the picture changes significantly.It's important to understand this because settings in digital cameras can be daunting. There are so many menus. Once they are demystified your camera will more fun to use.Don't worry, I'm not telling you that you have to start thinking about ISO when you are trying to get your kids to keep doing the cute thing that they just stopped doing once you got your camera out. Thankfully camera companies do the work for us. In almost every camera I've ever seen there is a setting in the ISO setting list called auto. You guessed it, it automatically sets the lowest reasonable ISO for the situation. Amazing! Even the fanciest film cameras couldn't do that. Digital is fabulous.Check your camera. Make sure that it is set to auto ISO. If you notice that even with it set to auto you are getting noisy images try setting it to 100 whenever you are outside.Happy snapshots!Rachel