In case you hadn't noticed I like Winfield's hair long.  He's always had long hair, as long as he has had hair at least.  His last haircut was in August, right before school started.  I wanted him to look as normal as possible.  But as the year progressed and his social life seemed stable his hair grew, and grew and grew, until it reached a beautiful shaggy mop that made him look like a kid model.  Jared wanted to cut it, I was dragging my feet.  Winfield mentioned a couple of times that he'd like it cut, "really short."  So what's a mom to do?  I got our the buzzer and cut his hair.  This is the end of an era.  Up until now I could, unhindered, choose his haircut, clothes etc… He has never pushed back.  But he's six now and hairstyle isn't the parenting hill that I want to die on.  So we chopped it. Here's Jared explaining to Winfield that he knows what he's doing. 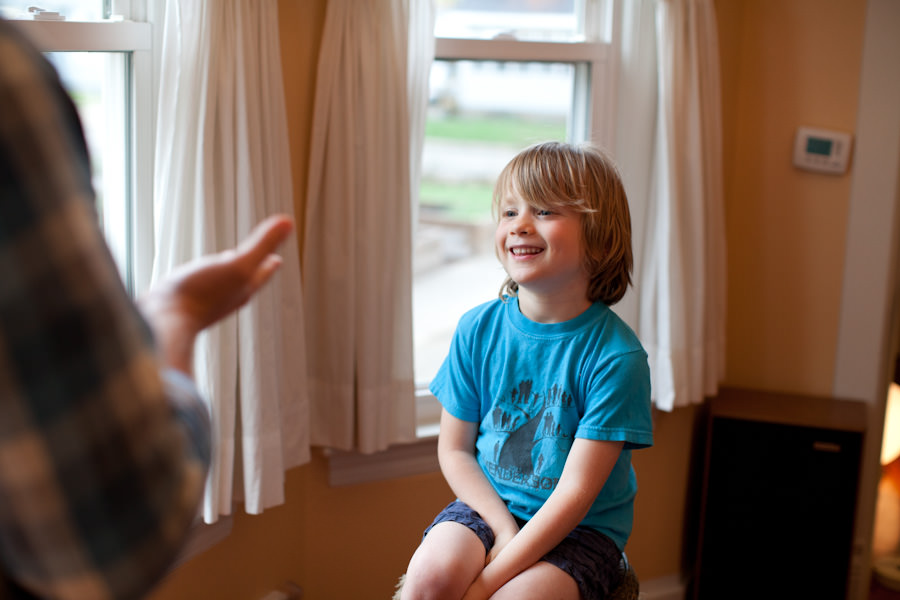 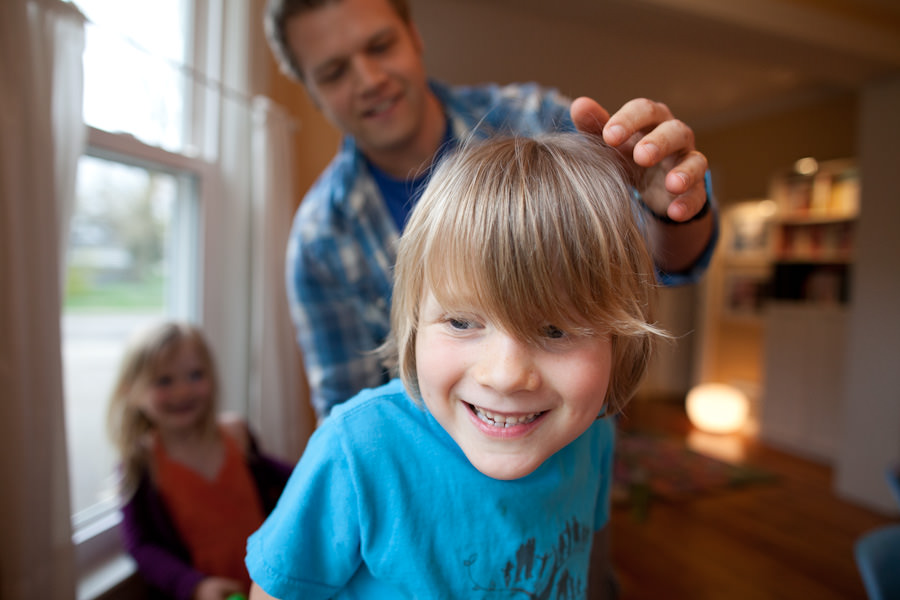 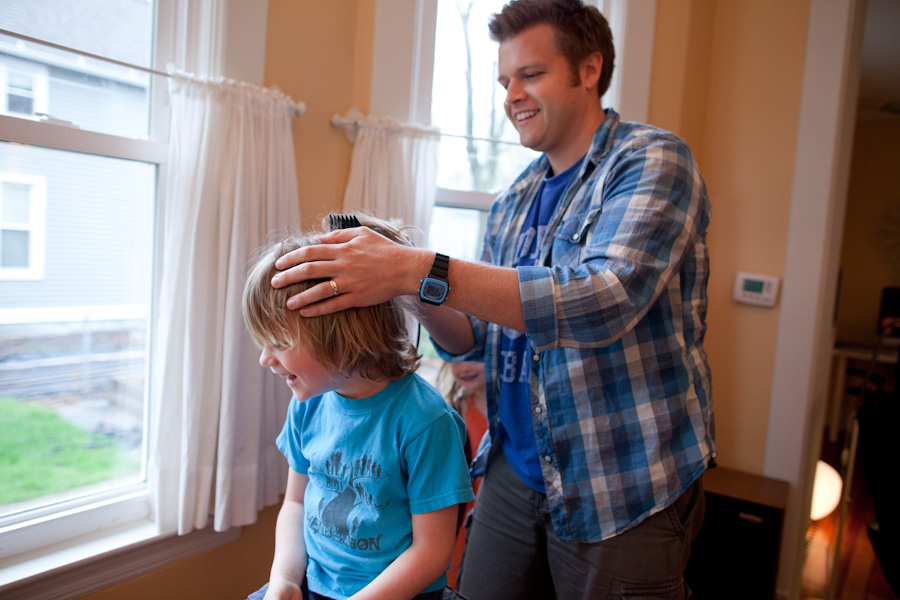 There was a lot of hair on the ground. 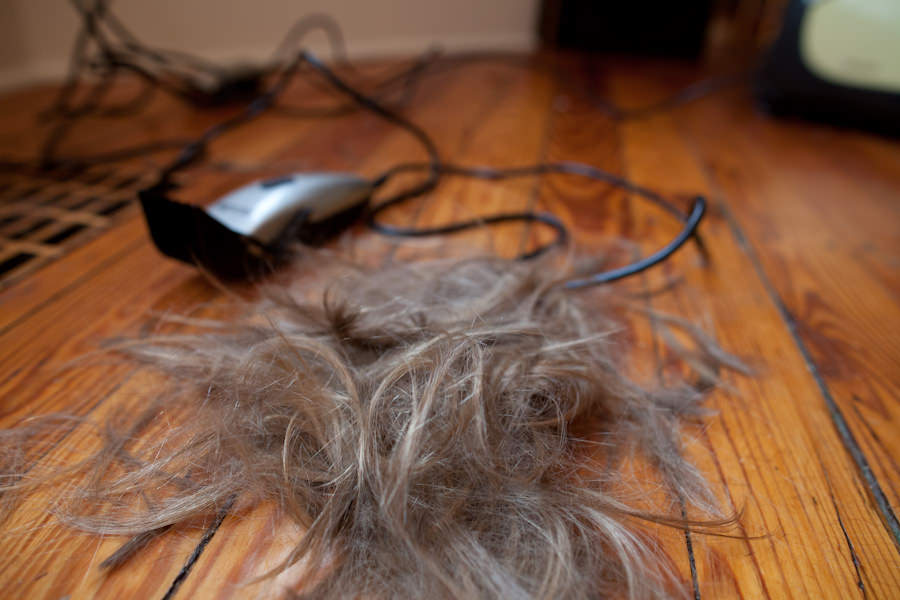 He wasn't sure how he felt after it was all over.  He really didn't enjoy the experience.  And once he saw it he didn't like it and was consistent for the rest of the evening.  I think that he'll ed up liking it once he's used to how it looks.  But personally, since the actual experience of cutting his hair was excruciatingly obnoxious to him, and since he's not all that thrilled with the look maybe, just maybe he won't want another haircut for another year. 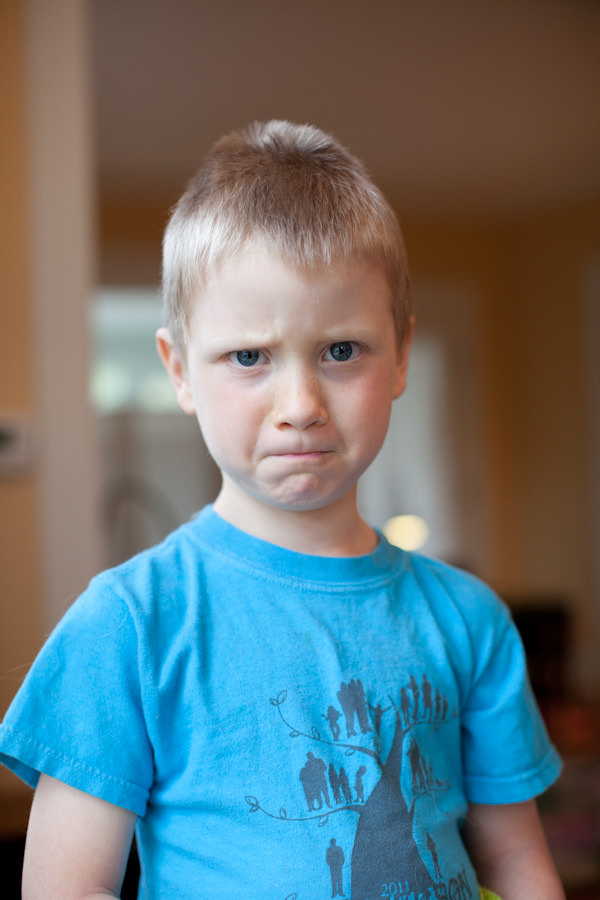 Same kid, different hair.  I have to confess.  It looks better that I thought it would.  It's kind of a trendy little cut. 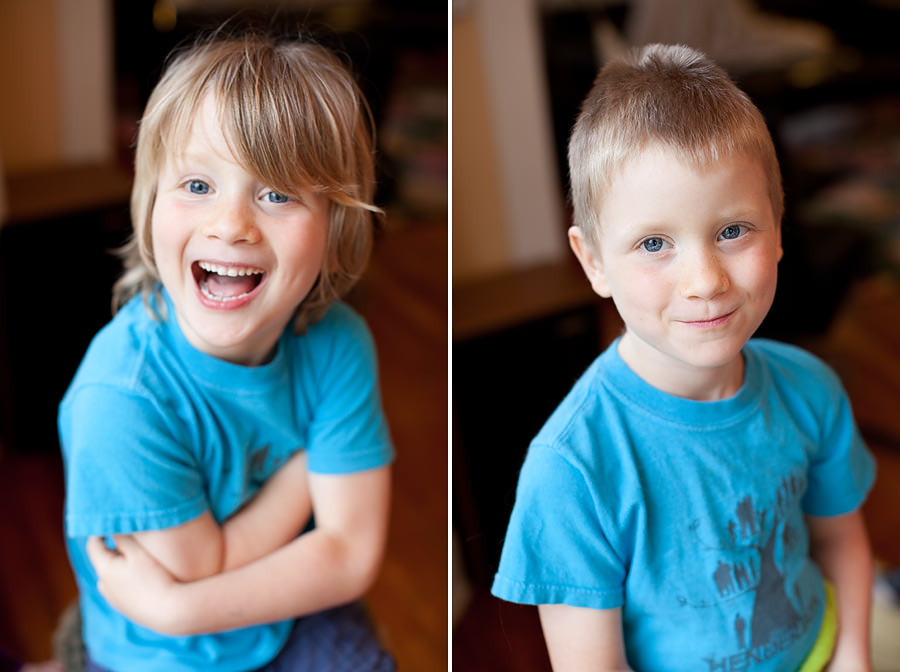 Wow, I can't believe how different he looks! It's a bit easier for me to see Jared in him with the shorter hair. :)

I think he looks strangely like Ezra. Also, a lot older, for some reason.

aww, I'll miss that hair too! Leif and I like his long, as well, but grandma keeps up the pressure to cut it ;).

« Coolness is just something that you're born with...Can a Piranha eat a shark? »