Some call him 4 eyes

After several months of coughing, and four days of fever, coughing, never-ending snot flowing from his nose and very little appetite we got Win some additional help. He's been battling a nasty cough all winter. When I was a kid I had the same thing all winter long. Unfortunately he didn't get his french horn playing father's lungs. He got his sputtery, easily irritated mother's. Here's what we've done so far:

His cough persisted and we were out of tricks. We brought him to the doc and she prescribed some of the hard stuff. About 2 dozen times a day he says in a sweet pleading little voice, "but I still have a cough." As if to let me know that the thing that I just did to help him and he would like me to do something that does help. Hopefully breathing from this "dinosaur" will. 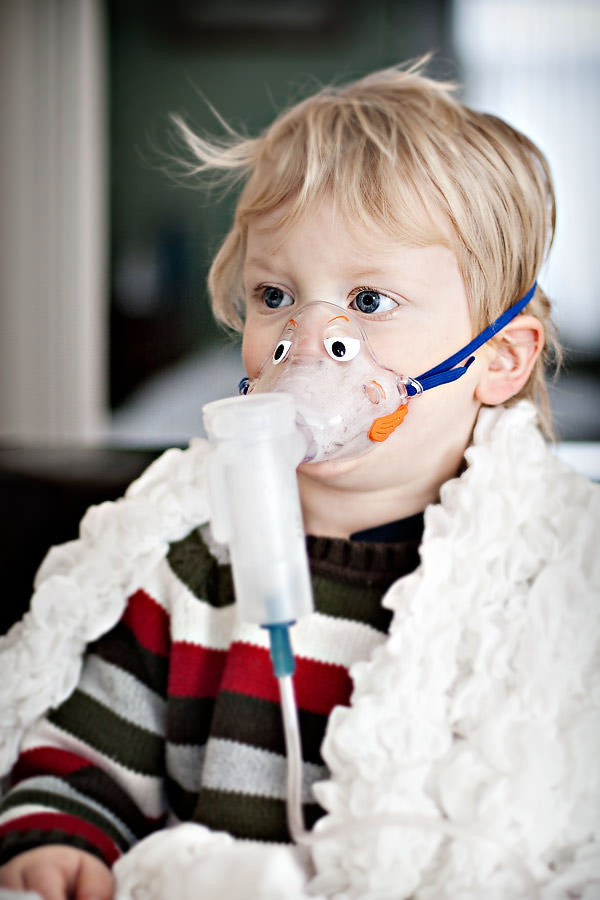 Adam had one of those contraptions and we called him "pufferman"...poor little fellow!

i love that picture

Jared gets +20 points for using 'jigger' in a sentence, and we'll toss in another +5 for mentioning the Tanq.

Hi there, I was just checking out your blog and noticed the thread on your little guy. Has he had a chest xray since the fever started?

We know all about those! Plenty of experience :) What meds is he on?

We just put about a half a jigger of Tanqueray in there, and it seems to help :)

4 days of fever??...im doing the math and im not feeling so good about when that fever started :)