As Win was finishing his bath I laid out his olive green bath towel on the bathroom counter like I always do. Then I stepped out of the bathroom to grab a new diaper. 7 seconds later, when I returned to the bathroom, the towel was gone. Surprised, I glanced around the bathroom and found the towel. 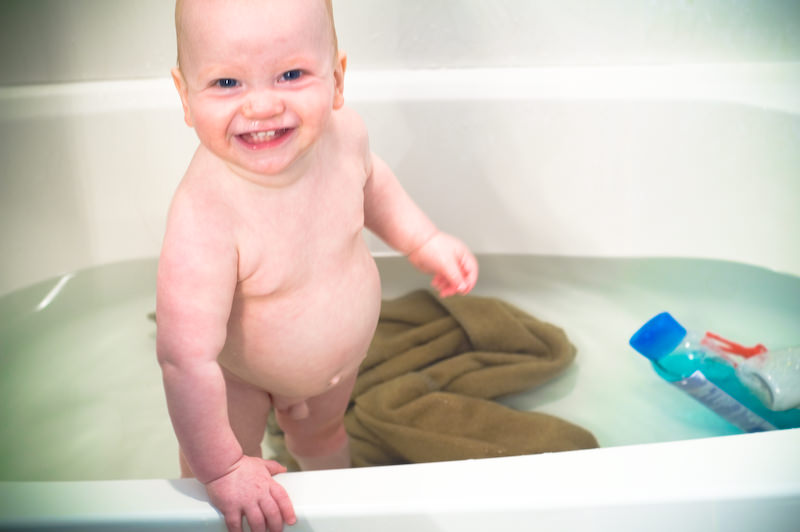 At Win's last doctor's visit they said that he had grown 3/4th inch in less than a month. That explains to Jared and I why things that seemed safely out of reach are all of the sudden in danger of the curiosity of a 1 year old. We often catch him doing things that we thought he wasn't tall enough to do. That also explains why Win eats so much. I'm not exaggerating one bit when I say that Win eats more than me--and I'm pregnant!

he looks so proud of himself for being a mischief maker!

he's going to keep you on your toes!

He looks pretty proud of himself!!

that is such a rascally Win smile