That time of year

Over that last month I've been asked no less than a dozen times about camera purchases.  Figuring that there are probably others who are considering a new camera for christmas but haven't asked I thought that's I'd post about it. For those of you who are looking for an easy to use, little camera for family snapshots I'd recommend the Sony WX5. 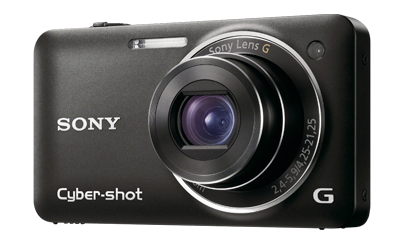 When it comes to point and shoot cameras there is one feature/problem that, in my opinion, is the most frustrating--shutter lag.  Shutter lag is the time difference between pressing the button to take the picture and when the camera actually takes the picture.  Of all of the downsides little point and shoots shutter lag is the worst.  I simply don't care to have an image of Winfield's backside standing in front of Harriet because the camera took too long to take the picture.  I also don't like saying, "okay hold that pose a little longer kid."  or "Harriet, could you do that cute thing again? I didn't get the picture."  It kinda kills the mood.  And it makes kids hate cameras, which is something that I work very hard to prevent in my children.  This little camera is pretty impressive in it's responsiveness.  I've played around with it a bit and found the shutter lag tolerable.  It does delay a bit, but it's really quick, even in low light.  It also has a bunch of other fun features, and takes great pictures for a little camera.  If I were in the market for a new point and shoot I'd consider this one. Now on to the heftier stuff.  The SLR...aahh :-)  The technology on these things has been advancing at an extreme rate.  The entry-level cameras that they are making today are amazing.  My personal favorite is Canon.  If you are looking to buy your first digital SLR buy the the Canon T1i. 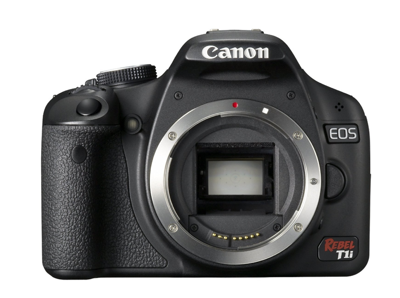 It's a stellar camera.  But you also need a lens.  SLR cameras are big, bulky and obnoxious.  The reason to put up with all of that weight and size is so that you can put better lenses on your camera and ultimately have better pictures.  I would highly recommend buying the 50mm 1.8 lens to go with this camera.  Even if that's the only lens that you have, it's better than having only the kit lens.  If you're watching your budget, buy this camera body with the 50mm lens and you are all set.  If you have an extra $55 in your Christmas budget this year, then get the camera with the kit lens and the 50mm 1.8. In my opinion the differences in the T1i and its newer sister, the T2i, don't warrant the additional cost.  It's got some additional capabilities in the video mode and a more advanced metering system.  For an entry-level camera these aren't things that you'll miss.  I also wouldn't recommend the other 2 lower end Canon SLRs because they don't have a video mode.  Most people who ask me about cameras are parents.  I really like taking video with my SLR, I would think that that's a feature that's worth springing for. I hope that this is helpful.  I didn't write much on each of these cameras.  Feel free to comment if you have questions!

Thanks for the camera buying input! I've been wanting to upgrade to a Canon for a long time, and I was looking at the T2i...just for fun! It's nice to know your thoughts on them. :o)

Would you recommend this SLR over the canon rebel?

Canons are great! I have the Canon Rebel T2i and it takes the most amazing photographs! I recently submitted one to a magazine (that I took on my rebel) and it was published! Highly recommend it.

« We've been very much enjoying this super warm fall.Christmas Lists »