The apple doesn't fall far from the tree

As Winfield grows older I'm slowly realizing how similar we are.  He often says and does things that I remember doing as a kid.  He saves the best part of his dinner until last, he's overly legalistic and he loves mysteries.  But on Saturday he did something that I never would have done as a kid.  When I was a kid I hated the physical act of writing, I still do.  Picking aup a pen and writing words just makes me cringe.  I also can't spell.  It took 2 tries before I could get the spell checker to figure out that I was trying to spell "mysteries".  Win told me not to look at his paper because he was writing me a "poe-eem".  Which is how he pronounces "poem."  About 20 minutes later, with no asking for spelling assistance, this is what he handed me.  I was amazed. 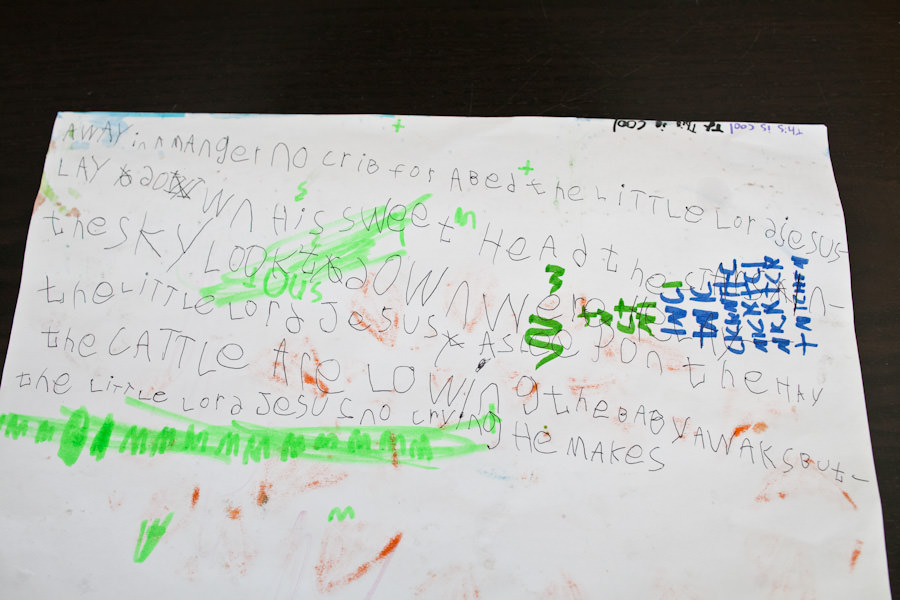 Yeah, he has a perfect grasp of rhyme and rhythm! And great use of imagery!