For the past several months Winfield has been toting around his stuffed fox, James.  James follows Win pretty much everywhere.  At meals he gets a bite.  When Win reads James sits so that he can see the pages and read too.  One time Win read without James.  Later I saw Win flipping thorough the pages and  sticking James's nose in each page.  I asked Win what he was doing.  He explained, "James is catching up."  James has gained some friends, Snowey the white tiger and Splash the red-tailed hawk.  They stick together and follow Win around. This morning Win was working on his homeschool but his entourage was not with him.   I found them all in the dining room playing homemade pan flutes. 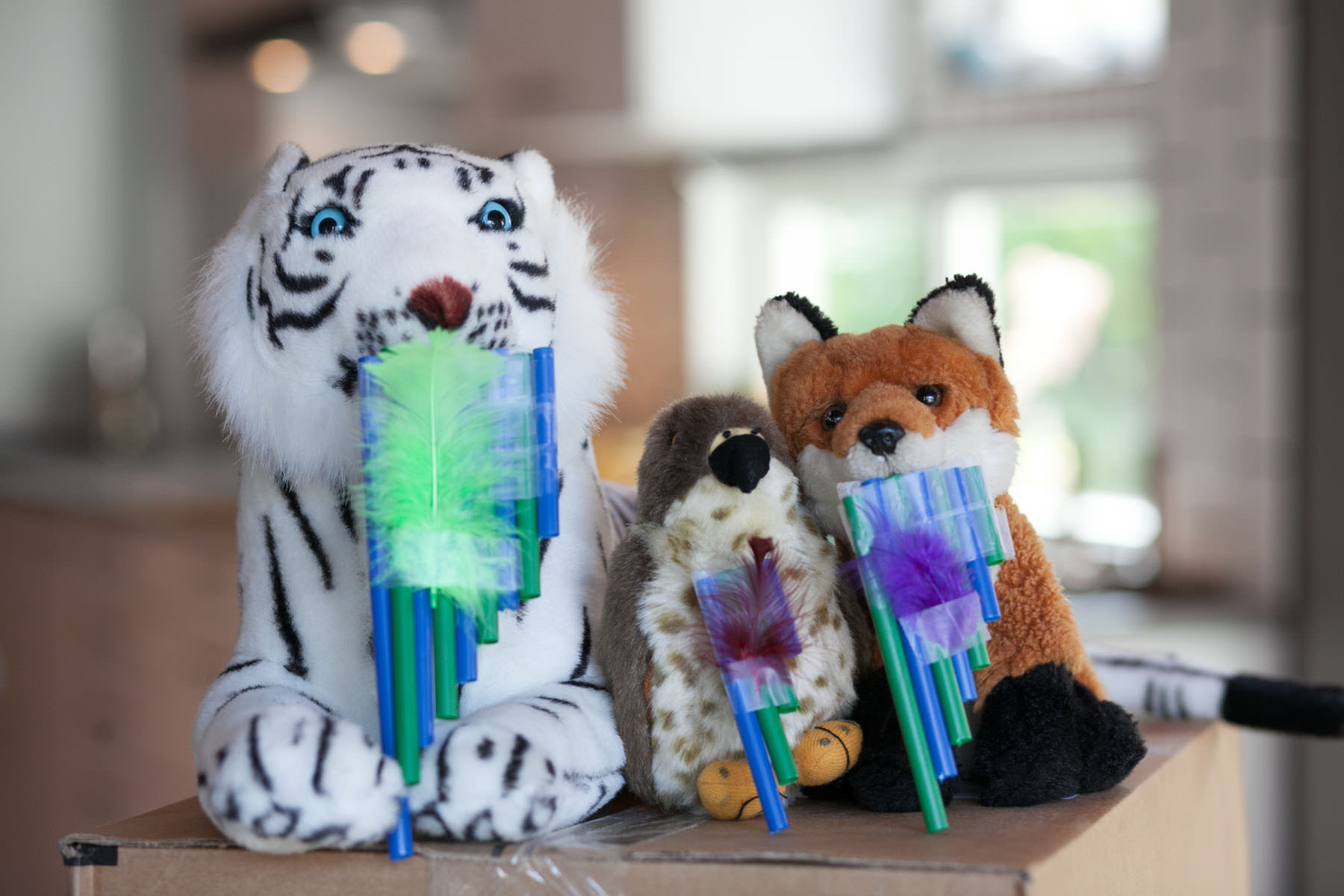 Love it! I want to see them in person.

This is so incredibly awesome!!!!