They have earned their rewards...

...complete with lipstick.  The kids chose Yoda clothes and Princess "Aliea" clothes.  When Harriet got her reward the first thing she said was, "It probably has lipstick in it so that I put on lipstick every time."  She's been enamored with Carrie Fischer's lipstick in the movie.  To Harriet it defined the look much more than buns over the ears would.  I found some of my lipstick and she's been the lipsticked 3-year-old ever since she got this costume.  Win is rarely without his light saber and often in the Yoda clothes, sans mask.  He even wore the whole get-up to the farmer's market with me.  Which is saying something since he doesn't really like to attract attention from strangers. 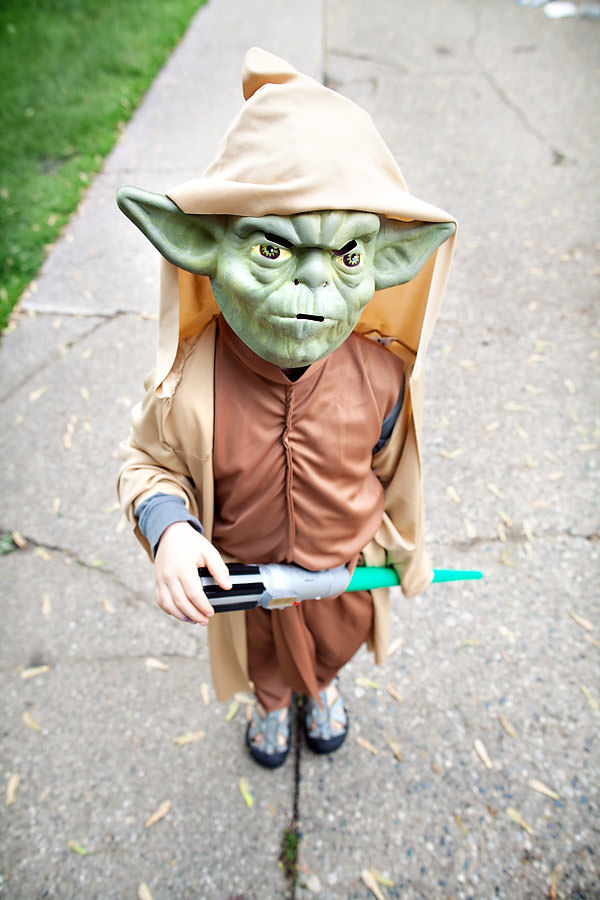 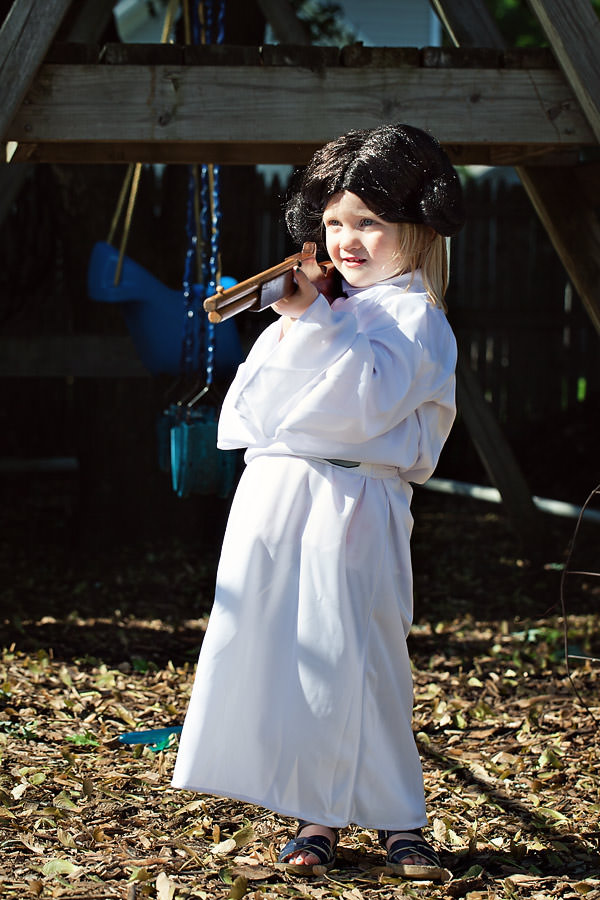 Benj, from next door, suited up for the occasion.  We've been having an intergalactic war in our yard for nearly 2 weeks.  The battles break for naptime, lunch time and trips to the gym.  But in all the time between there is shooting, chopping light sabers, and discussions about who is Darth Vader.  No one ever wants to offer to be the bad guy.  So whenever the mailman, visitor, or even a squirrel come into the yard they are instantly cast as Darth Vader or Darth Mal and attacked from all sides by light sabers and dart guns.  I think that our mailman is getting used to being attacked. 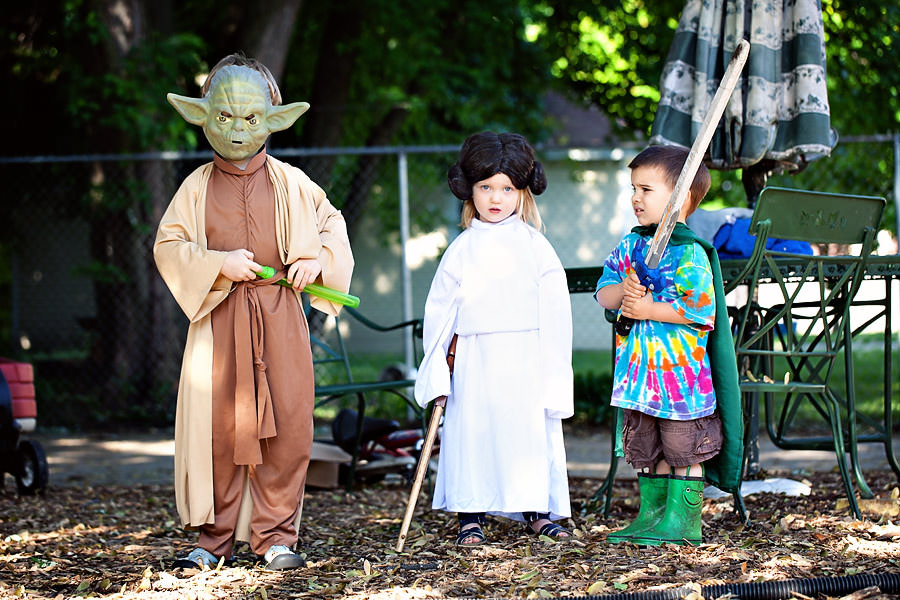 Harriet rockin' the lipstick and rifle. 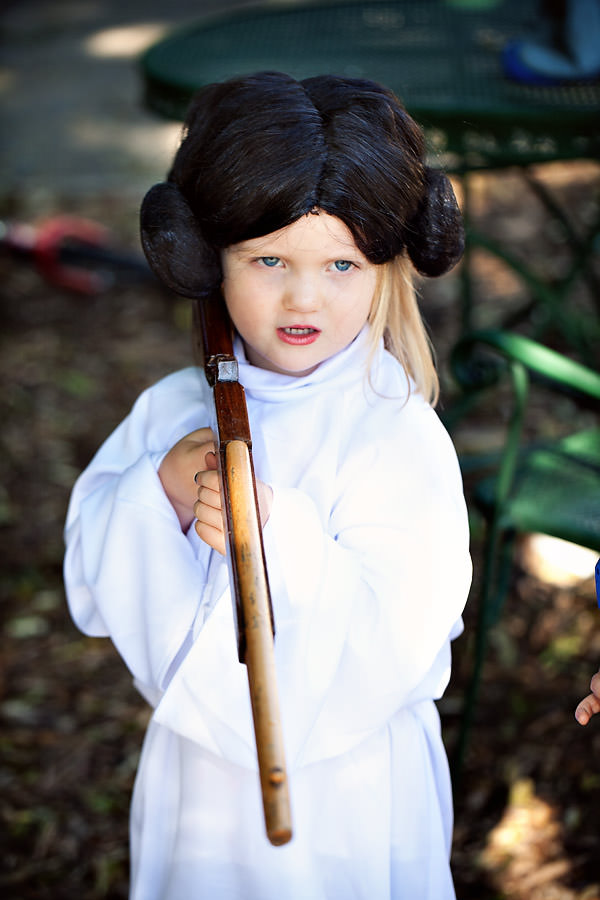 Tell them so what.....I used to bullseye wamprats in my T-16 back home.