Since we built our climbing wall Winfield's been really interested in watching climbing videos.  Right now his favorite climber is Chris Sharma.  We kind of encourage it.  He's a really cool role model.  He's amazingly skilled but usually the videos show a lot of falling and failing.  We're really into teaching our kids about the amount of failure that goes behind success.  So often kids are just presented with accomplishments.  Winfield especially has a bit of a perfectionist edge.  We like to say, "if you're not failing, you're not doing something that you'll be proud of" So Winfield has developed his own challenge.  He likes to try to climb certain routes one-handed.  It's pretty fun to watch him try so hard at something.  He is very proud when he accomplishes the route that he set out to do one-handed. 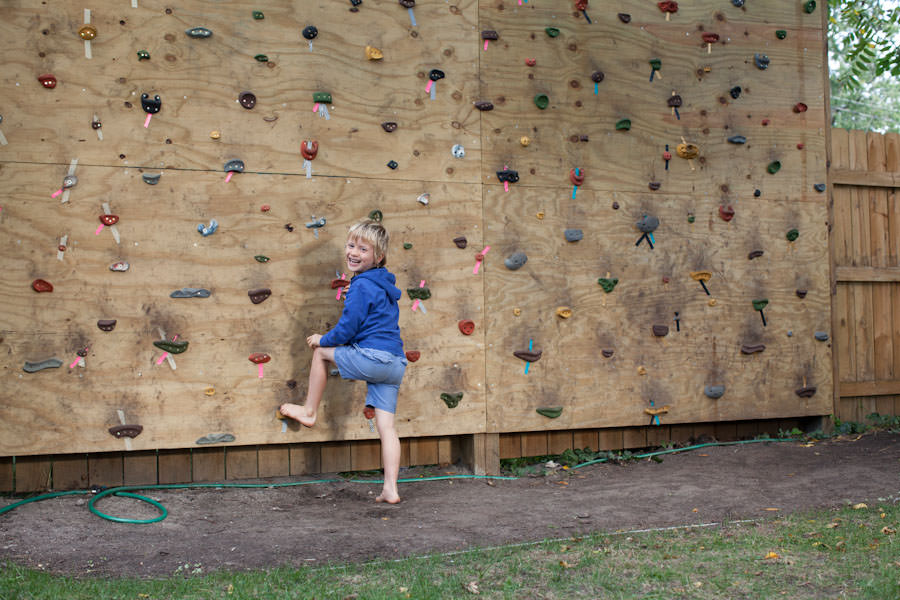 Posted in: win
« The Farmer at the Farmer's market has been asking me...When we bought our trampoline »