So yeah.  I haven't been the most consistent blogger lately :-)  But I thought that I've catch everyone up to speed before this babykins makes his appearance.  The past couple of months have been pretty packed.  Today, I'm a week and 2 days over my due date, which was the 11th.  This little boy is taking his time, just like his 3 siblings.  I feel pretty good so it's no big deal.  But we're excited to meet him. On top of simply being tired from pregnancy and sleeping a whole lot more I've been planning a major remodel.  We love our home and our neighbors but had some changes that we'd wanted to make to the house to make it smarter for a family of 6.  Jared and I like small but smart spaces, so we're trying to create that.  On November 2, 9 days before my due date, we moved to a rental house.  We affectionately call it "The Castle."  If you've had the pleasure of visiting us here you know why.  Dale, who insists on calling it by it's full name, added some splash and christened it "The Castle of the Evil Papacatzza Skater Lessons," which we now consider the full name of this house.  We are settled in nicely here and have had a really nice 2 and a half weeks of family time with a fireplace and hot tub :-) (like I said, we named it The Castle) Updates on this baby boy: It's Wednesday morning.  We are scheduled for an induction for Thursday night, baby to be born on Friday morning/day-ish.  All 3 kiddos were late and induced, so this is kind of old hat for me.  Last night I thought that maybe this kiddo wouldn't make it until tomorrow night.  I was having some contractions that were worth noting, but they subsided and I was able to get a couple of hours sleep.  Just a matter of waiting. 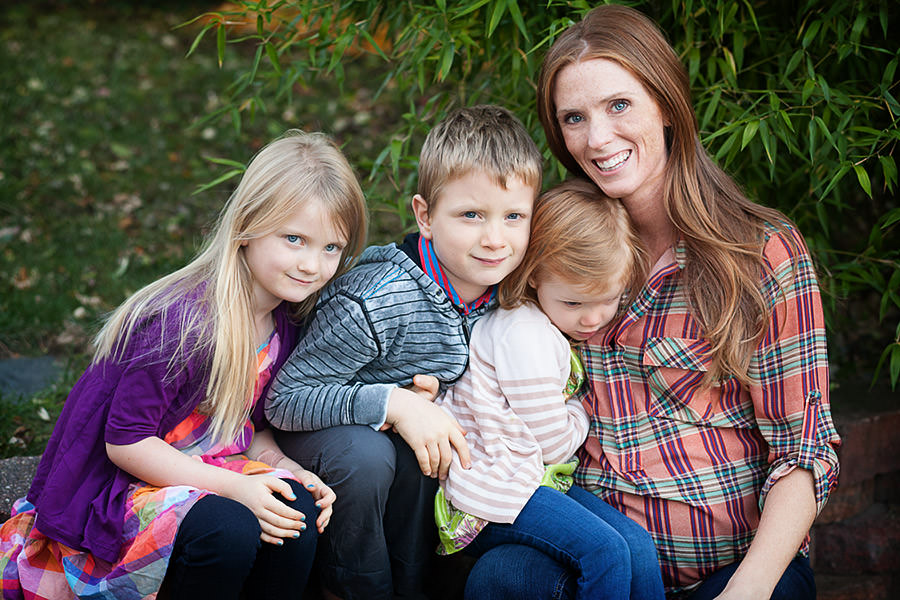 I took a bunch of before pictures of our house and some more from some stops that we've made during the demolition.  It's pretty exciting.

It's very strange.  This is the kitchen that I've used my entire adult life.  We bought this house in 2001, the same week we graduated college.  I've love this kitchen, it served me very well.  But it had some limitations and we're excited to open it up a bit and make it more friendly for our family of 6.  We're kitchen dwellers.  We eat, play and school in the kitchen.  The island space just wasn't enough. 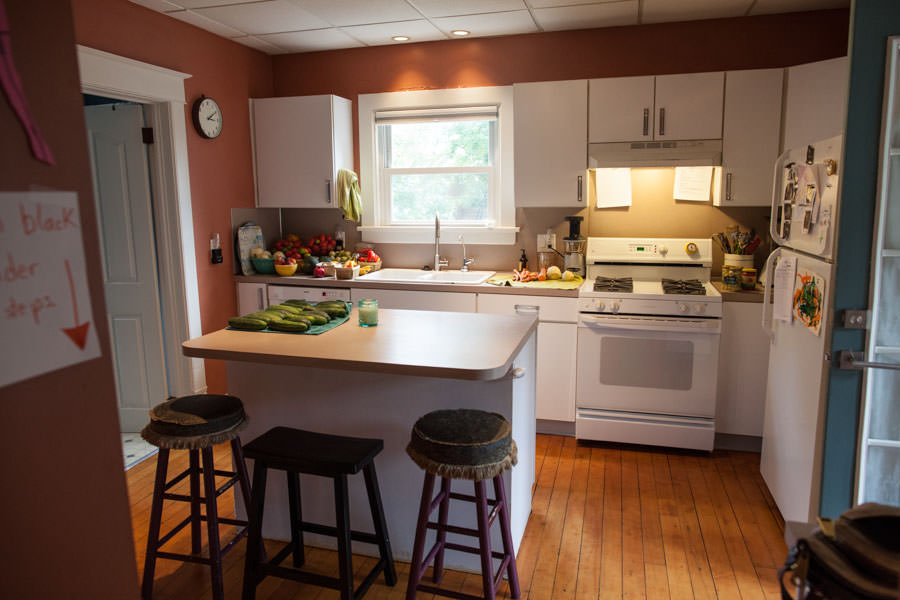 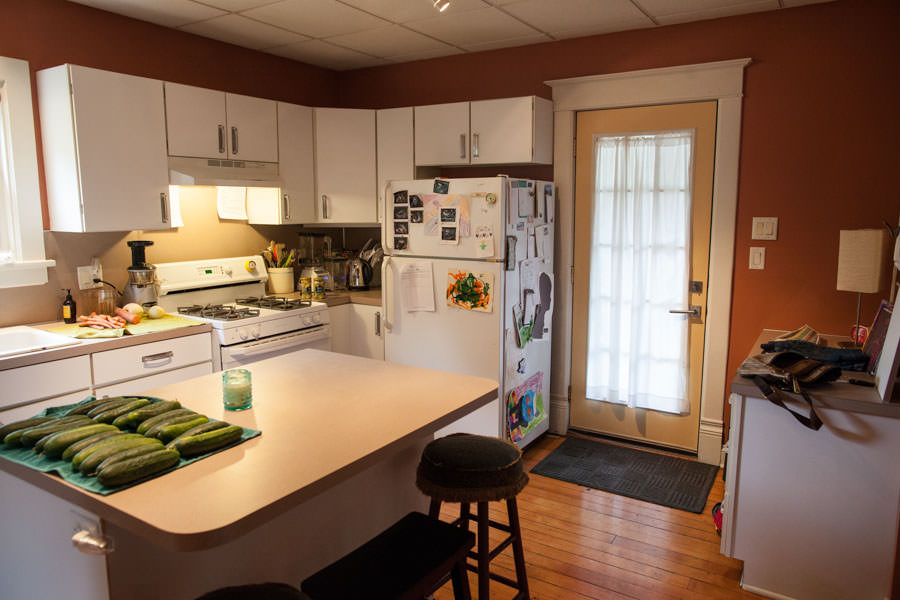 This is our "blue room."  We call it that because it has so many uses.  It's the music room, toy room, changing table, kids clothing and where Dale sleeps.  It's getting ripped out.  Dale's actually going to have a bedroom  now!  And Jared can play guitar after bedtime. 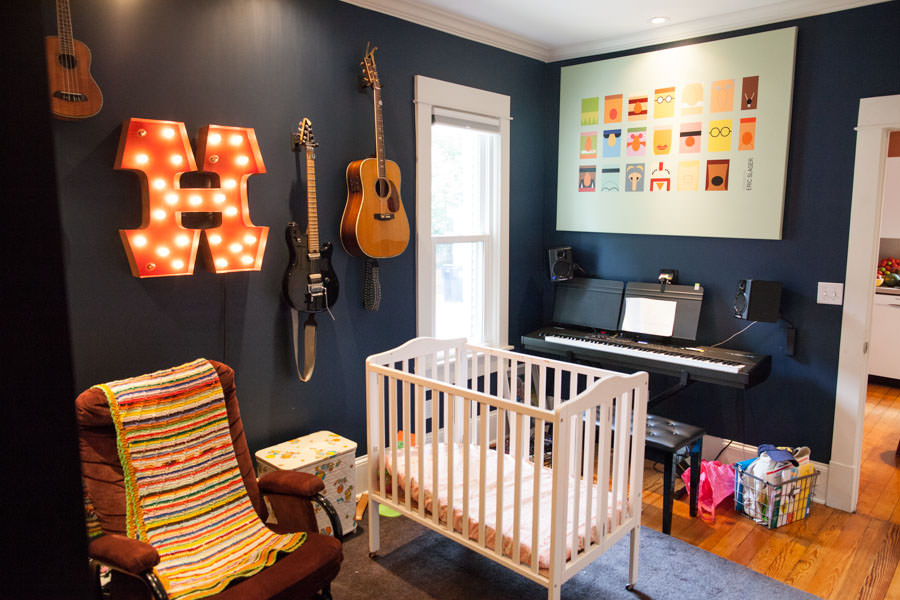 This is our entrance to the upstairs.  Sadly the built in book shelf is getting ripped out.  The sides of the stairs are going to be opened up so that we can see from the kitchen into the living room.  Yay for open spaces.  Our house is very compartmentalized, like most homes from the 1890s.  It's charming, but I always feel so separated from the family with all these doors. 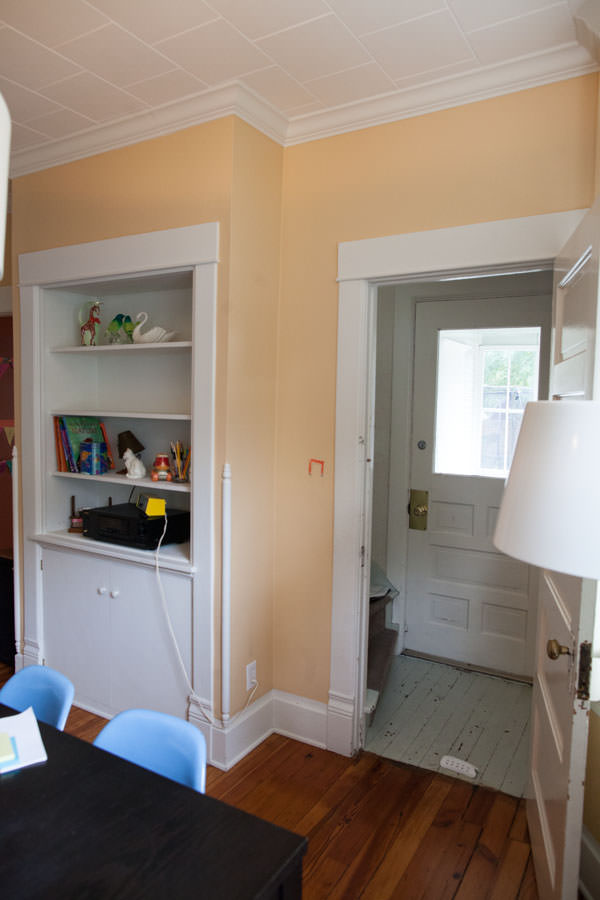 DEMO!!!  They removed a LOT of plaster, lath and drywall. 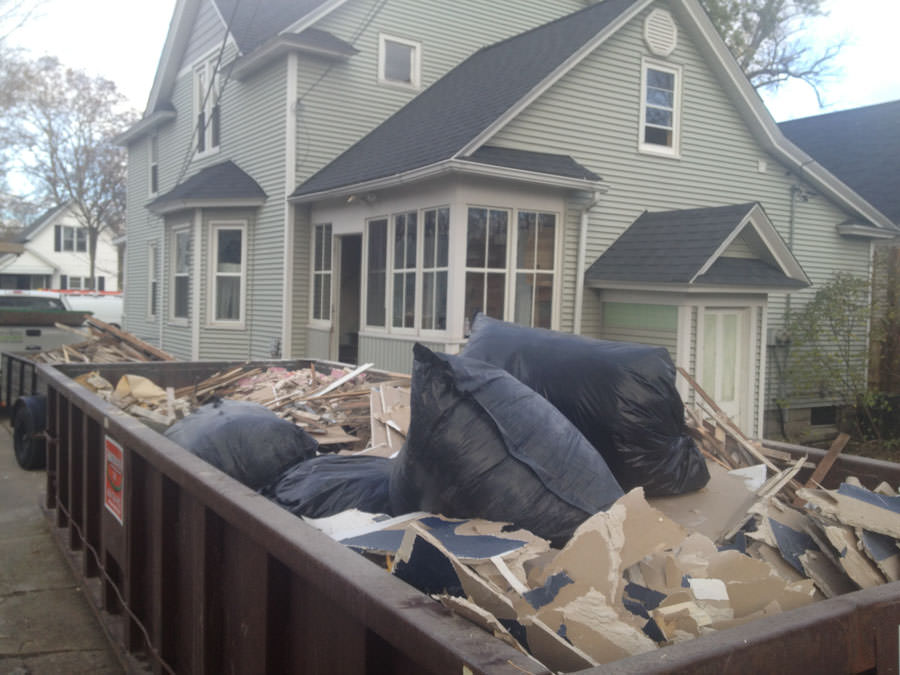 This is standing in the blue room looking south. 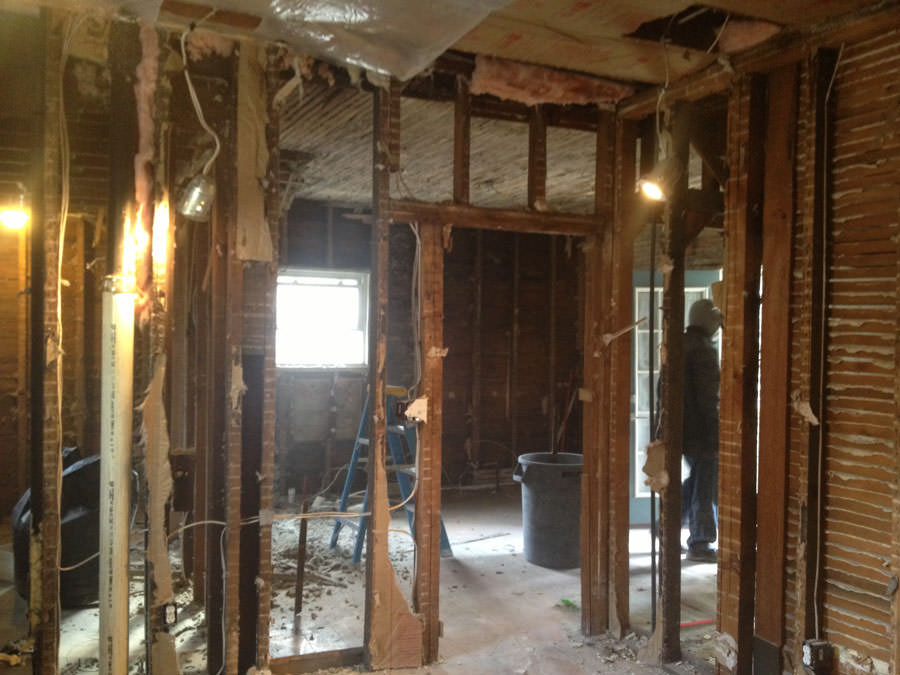 Standing in the kitchen looking northwest.  Above Win's head you can see where our stairs are going to be opened up to the kitchen. 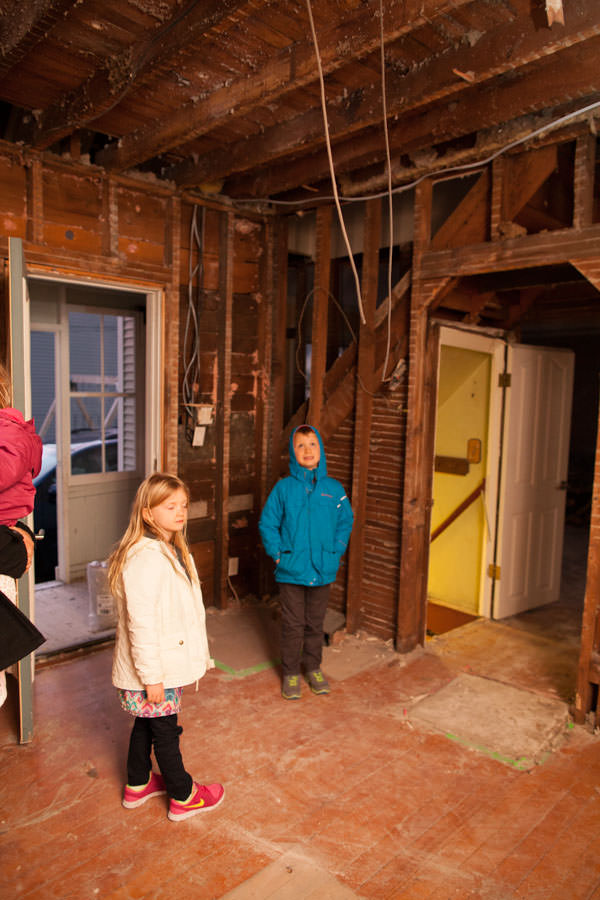 Standing in the living room.  Where that trash bag is is where the build in bookshelf was. 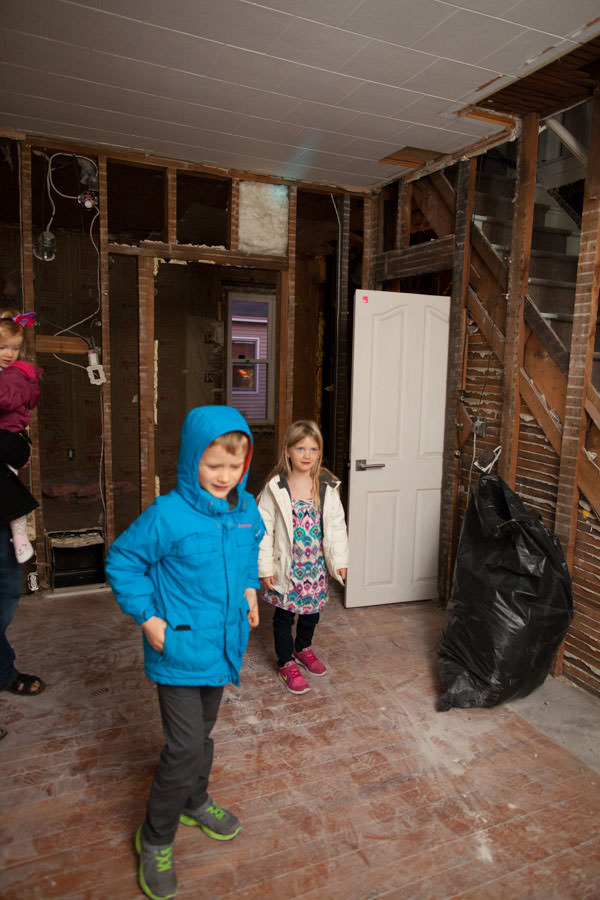 Former dining, new living room!  Dining room will be in the kitchen in the new space. 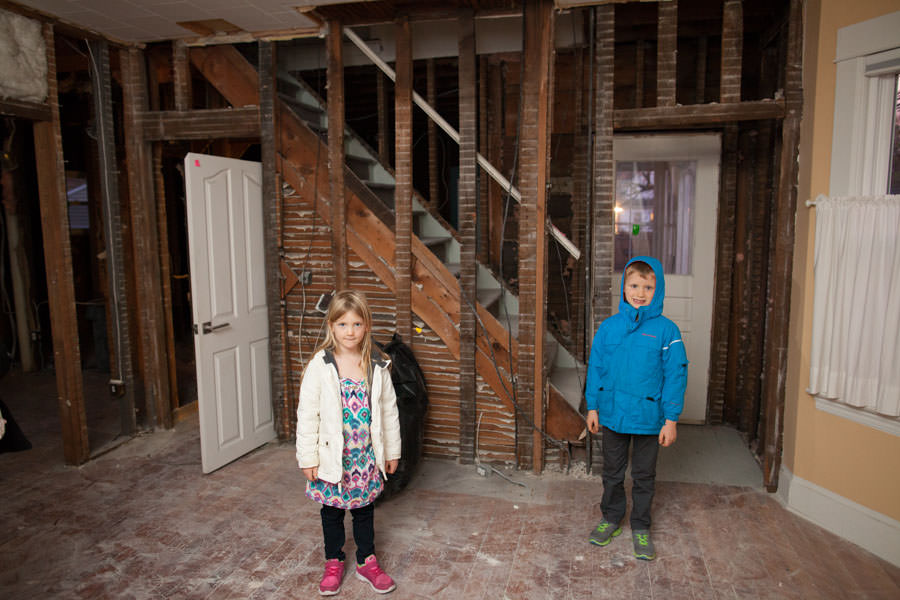 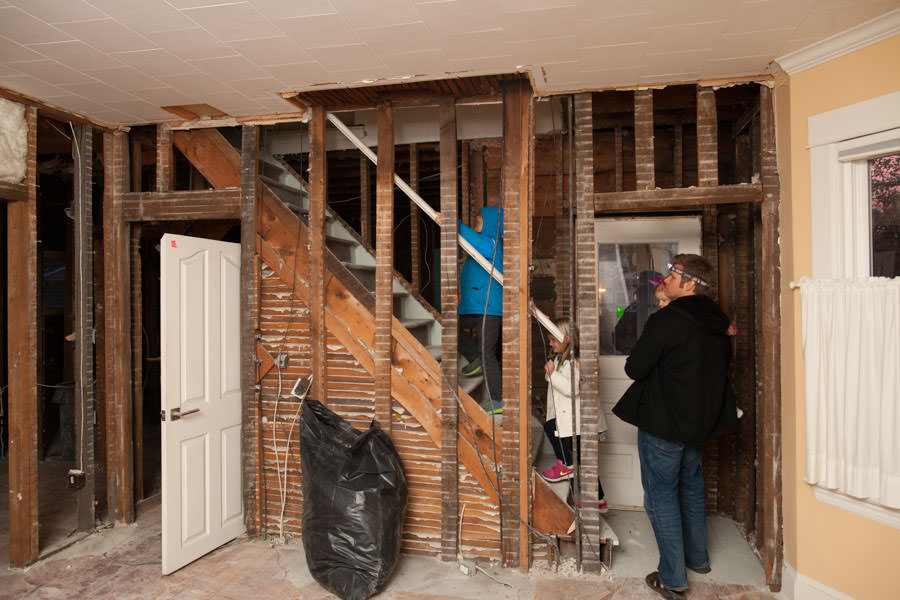 This used to be 2 bedrooms with closets.  We're changing it into 4 tiny sleeping cubbies.  One for each kid.  The rooms will actually nest together with bunks in each room like a boat.  Hard to describe.  But I'm really excited about it. 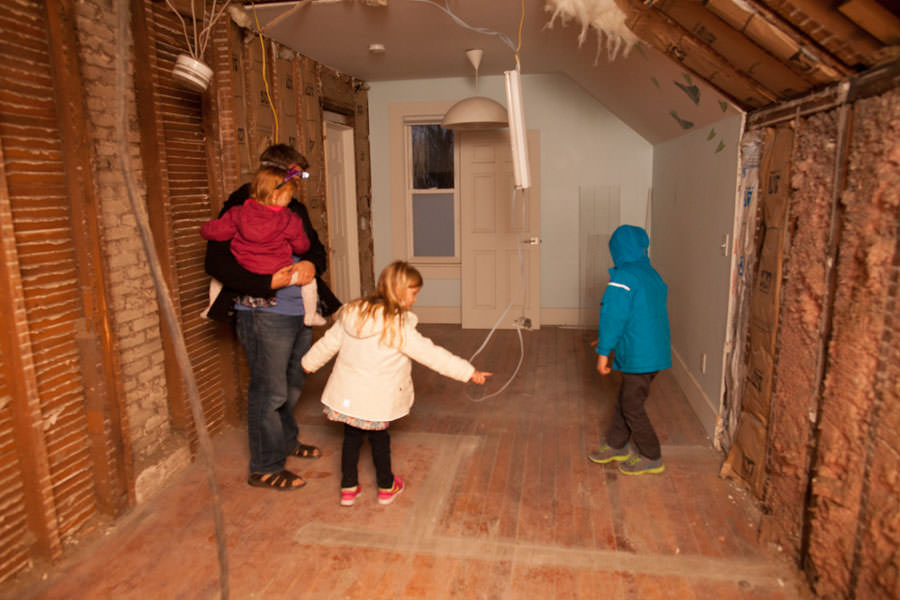 There you have it.  We plan on updating through the birth process like we did with Dale and Harriet.  Nothing graphic, just updates throughout the process.  I'll send out another email when things get exciting.

Wow, Talk about extreme makeovers! New house and New family all at once. We are praying for you that all goes well. Love, GG

Exciting times for the Henderson's! Congrats on the new wee one.

I am so curious about the new baby, and mostly about the nesting sleeping cubbies. Please keep us updated with pics of both!

Hi Rachel! I went to high school with Jared & just clicked to your blog through someone liking it on FB- you guys are adorable. Congratulations on all of your exciting changes & good luck with your little guy's delivery :)

Love all your "additions" and having you share the progress. Blessings

« In the past couple of days...The Induction Starts »