I've had many requests for more photo tips. I admit, I've been behind. I have a bunch of ideas and I'll start with this one. It's simple but it's also really easy. Many times I think that we try to make image timeless. We omit trendy or dated things for many different reasons. While I think that there is a place for this at times I think that it can be a mistake if done too much. I came across these images as a examples. The first one is obvious-I just wish that it was a picture of my husband instead of my brother-in-law (sorry Jamie). Jamie works for DuBose Builders in Charlotte, NC and builds custom homes and remodels. That computer is amazing! It totally makes the picture. It brings back so many memories of playing Oregon Trail and being scolded for setting the disks on top of the drive--there's a magnet in there that'll ruin the disk, you know! 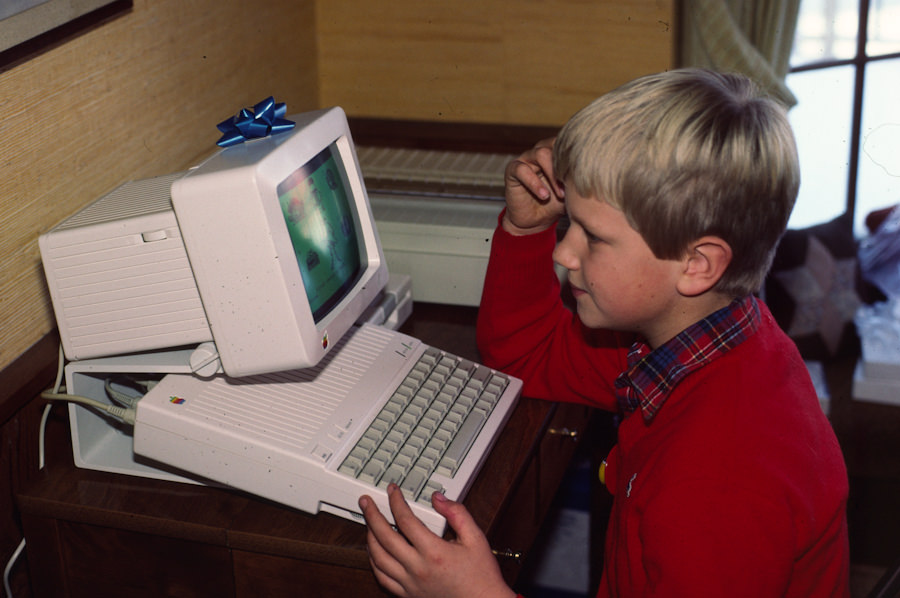 This next image isn't quite as self-explanatory. The important thing in this image is the wallpapered wall behind the kids. The reason that it's important is that it isn't there anymore. It disappeared in a remodeling project long before I ever entered my in-laws house. It's a little record of the way things used to be. 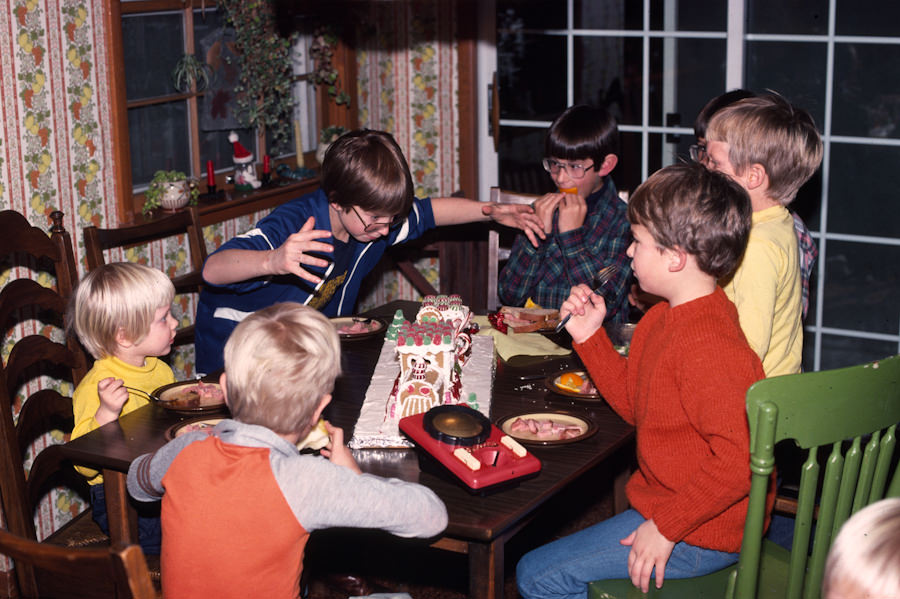 What I'm trying to say is, take pictures of REALLY boring things. The things that you think you'll never care about or forget. Cuz' you'll likely forget them and having a picture can be really fun. When Jared and I first got married we lived in a little 3 room apartment. I mean three rooms-not three bedrooms. We have a small collection of images from that time but only from 2 rooms. The third just never got photographed. The other day I was asking Jared some basic questions about the layout, colors of the room, etc... I can't remember many simple things about it. I wish I'd just taken a picture of the room at some time. Just a simple snap for my own memory. Go around your house and take a really boring picture of each room. In 15 years you won't regret it. When you see your kids doing something that seems really boring and dated, photograph it. Believe it or not but images of people playing Wii are someday going to be called "retro" and you'll be glad that you have 'em. I'll have more technical photography tips shortly.

I was just explaining Oregon Trail to my kids a few days ago. I was going on and on about how COOL it was! ;) I'm not so sure they'd agree. ;) Good tip, btw. I "forgot" to take pics of my kids favorite toys (i.e. Thomas the Train) when they were little because it was so ordinary & mundane. Now I WISH I had those pics because they really defined my son at age 2. :( GREAT TIP!

Great tip. One of the first things I did when we bought our house was to go through each room of the house, and snap a shot from every angle of every room. Then, a few from outside. Our house was a BLANK SLATE! Off-white walls, off-white carpet, off-white kitchen ... the comparison to today is dramatic. I'll probably do the same thing when we move out to capture what it looked like when we were 'done with it.'

Talk about bringing back memories....

« We've been teaching Win some verses from the Bible lately.The coolness MUST be stopped. »